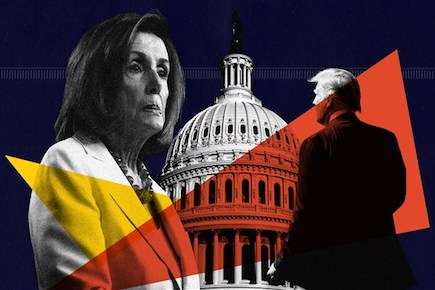 In the second week of the public Trump impeachment hearings, House Democrats presented both transcripts of closed-door depositions, and live testimony of State Department diplomats and national security officials engaged in carrying out U.S. policy toward Ukraine. These witnesses have provided mounting evidence on the details of how President Trump, White House officials and Trump’s personal attorney Rudy Giuliani, attempted to extort information from Ukraine President Volodymyr Zelensky to damage his potential 2020 election rival, former Vice President Joe Biden, in exchange for the release to Ukraine of nearly $400 million in U.S. weapons.

One key witness, National Security Council aide, Lt. Col. Alexander Vindman, a decorated Afghan war veteran, who was listening in on Trump’s July 25 call to Ukraine’s president, testified that he believed it was “improper for the president of the United States to demand a foreign government investigate a U.S. citizen and political opponent.”

During the course of the impeachment inquiry, Trump and his Republican allies have attempted to smear the reputations and question the loyalty of career civil servants who have provided testimony contradicting the Republican party’s incoherent defense of the president’s clear abuse of power. Between The Lines’ Scott Harris spoke with John Bonifaz, co-founder and president of the group Free Speech For People, who assesses the impeachment hearings thus far and explains why he believes it would be a mistake for the House to pursue articles of impeachment narrowly based on Trump’s unconstitutional conduct in the Ukraine scandal alone.

JOHN BONIFAZ: Well, I think what’s most important to focus on with respect to what’s been revealed in this current impeachment inquiry is that the president of the United States engaged in extortion and bribery of a foreign government to assist his re-election campaign. He used hundreds of millions of dollars of taxpayer money in foreign assistance as the means to commit that extortion and bribery, and these are clearly high crimes for which the president should be held accountable. What is also important to highlight is what is not being discussed with this impeachment inquiry, which is all the other abuses of power this president has committed since taking the oath of office, which are not currently the subject of this inquiry, starting with the emoluments violations, his treating the Oval Office as a profit-making enterprise at the public expense, taking illegal payments from foreign governments all over the world as well as illegal payments from the federal and state governments, his obstruction of justice – 10 separate incidents which (Special Counsel) Robert Mueller identified in his report with respect to the Russia investigation. His racist abuses of power – his cruel and unconstitutional imprisonment of children at the southern border. The list goes on.

Those abuses of power are not being covered by this impeachment inquiry, which is why we joined with a coalition of national advocacy groups last week in unveiling our proposed articles of impeachment, which would expand this inquiry and cover the full range of Trump’s abuses of power. It is also, I think, critical to note that the witnesses thus far who are testifying are witnesses within the Trump administration. These are not witnesses that are coming forward because somehow, you know, Democratic party officials found them or something like that. These are witnesses who are working or have worked in the Trump administration and are blowing the whistle on this lawless president and the extortion / bribery that he’s committed here and each one of them is corroborating the others’ story. There are different elements of it that they’re, that they’re highlighting, but they’re all corroborating the underlying premise here of this offensive act that this president has committed.

JOHN BONIFAZ: Well, we think it’s a serious constitutional and strategic mistake to go forward with only a narrow set of articles that does not address the full range of Donald Trump’s abuses of power. You know, impeachment is about patterns, patterns of abuse of power. Even in the Watergate scandal, it wasn’t solely the focus of the break-in of Watergate and getting into the Democratic National Committee headquarters. It was about the pattern of abusive power and I think that’s what’s significant here. We have a series of abuses of power this president’s committed from the moment he took the oath of office, leading to today. And we need to establish the serious precedent for the future – for this president, you know, if he somehow were to survive a Senate trial — and for future administrations. And so we have presented with a number of allies around the country, including by the people, Credo Action, Women’s March and Equal Justice Society and others.

We’ve presented proposed articles of impeachment to Congress. They go into six categories for these legal grounds. One is abuse of power to target political adversaries, critics and the press. Two is corruption of electoral processes. Three is abuse to the office to promote discrimination, hostility and unlawful violence. Four is corruption and self-enrichment. Five is obstruction of the administration of justice and congressional inquiries and six is misuse of the armed forces and abuse of emergency powers. And we spell out in detailed each one of those categories, the grounds that are involved and people can find this at our website, FreeSpeechforPeople.org on our blog. But we really urge people to call their members of Congress during this impeachment inquiry and urge that they expand the impeachment inquiry to include these grounds and ensure that we hold Donald Trump accountable for all of his high crimes. Not only those associated with Ukraine scandal.

For more information, visit Free Speech for People at freespeechforpeople.org. John Bonifaz is also co-author of the book, “The Constitution Demands It: The Case for the Impeachment of Donald Trump.” 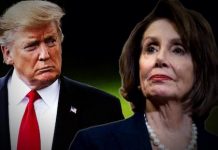 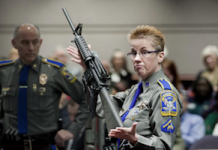 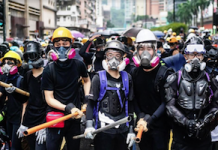