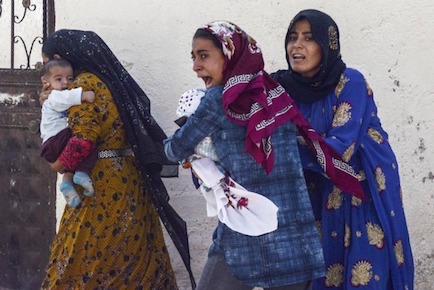 An inexplicable phone call between U.S. President Donald Trump and Turkish President Recep Tayyip Erdoğan on Oct. 6 resulted in Trump issuing an order for a rapid pullout of American troops from northern Syria, giving Turkey a green light to invade the region that has been occupied by the Syrian Democratic Forces, militarily led by the Kurdish People’s Protection Unit or YPG. Turkey’s offensive against the Kurds includes forces formerly affiliated with both al Qaeda and ISIS, that have been seen on video conducting summary executions of civilians and politicians.

Erdoğan justifies his attack by claiming that Syrian Kurdish forces are allied with the Kurdistan Workers Party or PKK, that is accused of carrying out terrorist attacks inside Turkey. The Turkish leader says his goal is to create a so-called safe zone inside Syria to which he wants to resettle more than 3 million Syrian war refugees now in Turkey.

In the first week of the Turkish offensive more than 800 ISIS prisoners have escaped, as their Kurdish guards were forced to leave their posts to defend themselves in the current battle. Between The Lines’ Scott Harris spoke with Kani Xulam, director of the American Kurdish Information Network, who discusses the reckless policies of  Donald Trump that triggered Turkey’s attack, and caused the Kurds to recently ally themselves with the government of Syrian leader Bashar al-Assad, who is militarily supported by Russia and Iran.

KANI XULAM: The militia group that Turkey is supporting there – unfortunately, former Al Qaeda or ISIS fighters — they glory in killing, in summary executions and they don’t even mind videotaping themselves and putting (it) on the social media. The mastermind behind it is unfortunately Erdogan, the ruler of Turkey, the president of Turkey. This plan may be his, but the underwriter is President Trump, unfortunately. Without his greenlight, this war would not have been unleashed. Many people in the military say so. Turkey has no power to challenge U.S. One simple “no” from Trump would have stopped it.

I am not a psychologist. I don’t know what’s going on in his head, other than to say that he seems to get along really well with dictators and he has no empathy. On top of, you know, this bloodbath, close to 140,000 Kurds have fled their homes. He blames them, for example, he tweeted that they had run away from a battle in Syria, which wasn’t the case. He was referring to Kirkuk in Iraq instead of saying that it’s unfortunate. Or, somehow (expressing) some sympathy, some empathy – none of that. On top of this, he’s making fun of the Kurds. It’s a dark, dark moment in our history. It easily could have been avoided and Erdogan himself wants to kick out the 2 million Kurds that are living in this area of Syria and settle 3.6 million refugees – Sunni Muslim Arabs in this area — who have sought refuge in Turkey. These are Sunni Arabs who are from western Syria. They’re not even from this area of Syria. But he seems to be okay with doing social engineering or ethnic cleansing and playing with people the way a cat plays with a mouse or the way a chess player plays with a pawn on a chessboard.

BETWEEN THE LINES: Kani, Turkish President Erdogan claims that the forces in northern Syria, the YPG, are aligned with a Turkish Kurdish group called the PKK, the Kurdistan Workers’ party that has been accused of terrorism through many decades in Turkey. What’s the response to the idea that somehow the YPG in northern Syria, the Kurds there presents some kind of threat to the nation of Turkey?

KANI XULAM: You know, Turkey is 80 million. It has the army that’s half a million. The YPG area had 5 million population and had a armed militia that numbers 70,000. Since it was established, they have never attacked Turkey. To say that Kurds pose a threat to Turkey is like to say Mexico poses a threat to the U.S. I mean, it’s laughable. It’s completely baseless. It has absolutely nothing to do with facts. The Kurds wanted to get along with Turkey. They wanted to trade with Turkey the way their cousins in Iraqi Kurdistan are trading with Turkey. But Erdogan and the ruling circles in Turkey simply can’t fathom the idea of Kurds with political rights. Yes, the point you made earlier, the YPG has a relationship with the PKK, but even PKK is trying to have peace with Erdogan.

BETWEEN THE LINES: Kani, I did want to ask you one more recent development. The Kurds have made an 11th-hour alliance with the Syrian government of Bashar al-Assad, a former adversary. Assad, of course, is supported by Russia and Iran. This cooperation agreement was made that the Kurds in northern Syria say to protect themselves from the Turkish invasion and they realized it was a compromise that they needed to make to save their people. Can you comment?

KANI XULAM: Correct. Exactly. This is what their general, Mazloum Kobani Adbi said in very well-written lengthy opinion piece in Foreign Policy. Your listeners can Google it. He says, you know, “We wanted to basically remain autonomous.” They were hoping the U.S. would back their political aspirations in Geneva when finally parties to the war got together and wanted to put an end to the war in Syria. But when Turkey began to attack and when Turkey expressed — “telegraphed” — or loudly suggested that they would ethnically cleanse this area, Gen. Abdi said, “This is genocide. We’re not gonna let that happen. We have to save our people.” And he reached out to Bashar al-Assad. And so now the Syrian army is now moving in to this one-third of Syria that was under the control of Syrian Democratic Forces, but Turkey hasn’t stopped the war. As far as who can stop this war, there are two parties that can stop this war: Russia and the U.S. The U.S. has already said goodbye. Russia is an ally of Bashar al-Assad and it remains to be seen if Putin will be a humanitarian or let some more Kurds be wiped out or, punished so that they could say “uncle” to a Bashar al-Assad, who is a bigger ally in Syria. 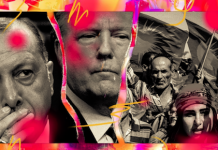 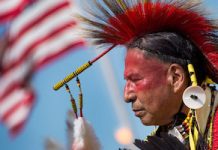 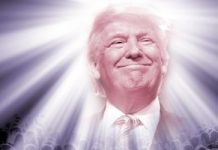