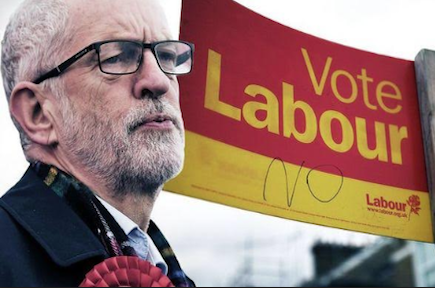 In the United Kingdom’s Dec. 12 election focused on the continuing Brexit crisis, Jeremy Corbyn’s Labor party suffered a historic loss to Boris Johnson’s Conservatives. In fact, it was the worst showing by Labor since 1935, and the Conservatives’ biggest win since Margaret Thatcher captured a third term in 1987. In the drubbing, Labor lost to the Tories in Leigh, a working-class constituency in Northwest England that the party had held continuously for the previous 134 years.

Brexit was at the center of the election debate with Boris Johnson’s simple slogan, “Get Brexit Done,” winning the day over many other issues and concerns. Jeremy Corbyn unsuccessfully attempted to make the Conservative party’s imposition of austerity budgets and defunding of the popular National Health Service a major issue in the campaign. But in the end, Labor’s ambiguous and uninspiring position on Brexit led many to abandon the party. While Labor lost big, the Scottish National Party won a landslide victory, setting the stage for another referendum on Scottish independence.

Between The Lines’ Scott Harris spoke with Kenneth Surin, professor emeritus of critical theory at Duke University, who assesses the results of the UK election, the central role of Brexit and the path forward for the defeated Labor party.

KENNETH SURIN: Of course, there are the diehard and hardline, pro-Brexit people. But they were joined by people who suffered from a kind of exhaustion as a result of the process just dragging on for three years now. And so these people were not actually diehard adherents of Brexit, but they just said, “Look, we are exhausted. We can’t deal with this anymore, so we’re going to vote for Johnson.” So they did augment his original base. There’s no doubt about that. In a way, Brexit is really an umbrella term for a whole range of issues that have nothing to do with leaving the European Union. The plight, the desperation even, of these Rustbelt areas in the Midlands of the North of England and then there’s Imperial decline, a kind of nostalgic reflex belief that the great in Great Britain has been taken away by multiculturalism, feminism, dadada, you know, these terms that are bandied about in the culture wars so we are having a revival of the cultural wars here.

The left of being blamed for taking the “great” away from Great Britain and it was the right filled is with nostalgia, a compensatory nostalgia for the time when there was a “great” in Great Britain. These culture wars are another factor has to be taken into consideration. And then there is the emergence of populism, which of course has infused all of the factors that I’ve just mentioned. And this populism, as has been the case in other countries in Europe, Poland and Hungary primarily, is anti-establishment. Of course there’s an element of duplicity in that because you know, Boris Johnson is very much a creature of the establishment, but he was able to present himself as being, if you like, more friendly to your ordinary Joe and Jane in small cities in the North of England than the seemingly aloof metropolitan politician with views that frankly didn’t play well with Joe and Jane in a small city in the North of England.

So all of these factors coalesced. And then of course you have to include the fact that the UK’s media is overwhelmingly right-wing, that the tabloids play a role in British culture and politics, a role which doesn’t exist in this country. And the tabloids were overwhelmingly behind Boris Johnson for reasons that have to do with their own self-interests. If Corbyn came into power he would almost separately type and regulations on tax havens, et cetera, et cetera. And people like Rupert Murdoch and the other press barons in Britain are basically domiciled in tax havens so that they don’t have to pay British tax. And therefore, they threw their lot behind Boris Johnson.

BETWEEN THE LINES: Professor Surin, what is your feeling about where the Labor party has to go next to recapture some of those longstanding strongholds they lost in this last election and where they need to go to push some of their progressive policies and win a majority of the electorate?

KENNETH SURIN: Well, obviously Corbyn and his close ally, John McDonell have said that they will not be remaining in their positions. There’ll be a leadership contest which will begin on Jan. 7. I’m a member of the Labor party, so I have a vote in that. But what we are going to see as the point of fracture in this leadership contest will be the party’s remaining Blairites saying, “Look, Corbyn abandoned centrism and lost the vote. The voters have traditionally supported labor. We therefore have to move back to a centrist position.”

And then there will be those — and this includes me — who will say, “Look, the result was anomalous, where labor’s policies were concerned because Brexit was the issue that completely dominated this election. So labor’s broader policies on improving services, pushing back austerity, et cetera, et cetera, didn’t really get a proper hearing. This is going to be a dividing line between the two groupings who will be contesting this election. I certainly hope, and I think the pro-Corbyn group, which is still very strong in Labor, will prevail against the Blairites, but with a new and younger generation of leaders. 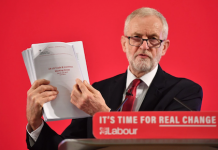 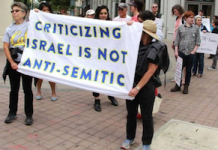 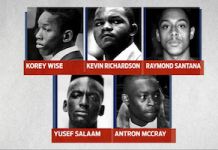