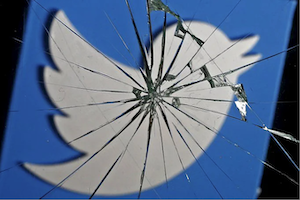 Since Elon Musk, the billionaire owner of Tesla and SpaceX took control of Twitter on Oct. 27, he’s fired about half the social media platform’s workforce, including employees overseeing content moderation. Musk, who calls himself a free speech absolutist and says he wants to operate Twitter as a politically neutral town square, has reversed suspensions of accounts that were accused of making threats, promoting hate speech and spreading disinformation. Those allowed to return to Twitter include Donald Trump and anti-Semitic rapper Kanye West, who was recently suspended again after he praised Adolph Hitler and Nazis.

Among the most toxic Twitter account Musk reactivated was that of Andrew Anglin, publisher of the neo-Nazi website Daily Stormer. The Center for Countering Digital Hate, the Anti-Defamation League and other groups monitoring Twitter have found a steep rise in anti-Semitic, misogynist, homophobic and racist posts since Musk implemented new policies.

Between The Lines’ Scott Harris spoke with Nora Benavidez, senior counsel and director of digital justice and civil rights with the group Free Press. Here, she examines the wider impact of Elon Musk’s policies at Twitter, that include broken promises on content moderation and an end to enforcement of Twitter’s policy against COVID disinformation and misinformation.

NORA BENAVIDEZ: Every day, I would say almost every hour, there is a new wrinkle to something shocking or abhorrent that Elon Musk has done since taking Twitter private. The specific examples you give are excellent and they’re a big piece of what we have been monitoring. There are some some other ones and I’ll just provide a few of those.

The day after Musk took over Twitter, it was really interesting, those first like 12 hours. Many individuals who had been operating on different platforms like 4chan, which is a more toxic platform, more fringe. A lot of those individuals came over to Twitter to test the boundaries of what was going to be allowed and what was going to be moderated and taken down. Use of the N-word, for example, in just those first 12 hours of Musk taking over Twitter jumped 500 percent. Five hundred percent. And then in the days that followed, it jumped 1300 percent.

His first order of business was to of course, fire the CEO, fire the COO, remove safety executives, including the general counsel, human rights experts. He removed moderation teams, integrity teams. But he also created a culture that really kind of suggested everything needed to flow from him. This is a platform of and by Elon Musk and he doesn’t do things by democracy, which he often talks about.

He says he’s supportive of civic engagement, of free speech, of broad participation. But his form of free speech is doing Twitter poll. And he makes a number of critical moderation decisions, such as inviting Trump back on through those types of Twitter polls. So there’s sort of things like undercurrent and I would say a cultural undercurrent. But he says one thing he wants to seem a certain way and yet behaves very erotically and makes decisions without consultation or taking the advice of experts around him.

As a result, Twitter has become more toxic. This is now an environment that isn’t just more dangerous. It’s also just chaotic. And it’s both of those. It’s dangerous. It’s less safe and it’s messy.

SCOTT HARRIS: Nora, advertisers are essential for any social media site to survive, at least in this particular operation of Twitter. What’s the responsibility of advertisers in this moment when things are going so toxic and so wrong at Twitter in terms of having a town square that’s not filled with threats and hate and violence?

NORA BENAVIDEZ: To sort of think about the user experience and certainly what do brands see themselves? They buy advertisements on Twitter and then their ad content is featured next to any number of posts on your or my feed. And if you’re scrolling and you see some horrific post from Kanye West and then next to it, you see an ad for Coca-Cola or HBO or Disney or Eli Lilly. You can name any of these advertisers. You’ll closely then associate that brand with the horrific, vitriolic post that you saw next to it.

There’s this interesting relationship where I think buys — the advertising buys — can be a very powerful force for good. These advertisers could potentially help shape and put pressure on Elon Musk. So this has been something I’ve been thinking about for some time.

My colleagues in the civil rights space, as well as through a coalition that we launched, we call it Stop Toxic Twitter. And we have come together as a coalition of over 60 civil and consumer rights groups urging and working with advertisers to accept nothing less than a safer platform for their brand. A number, I would say dozens at this point of advertisers have actually pulled their ads from Twitter and it has made Elon Musk mad.

He has tweeted about it. He has tried to pressure them. He has courted advertisers through phone calls. And what he calls Twitter space is, you know, town halls, essentially. And yet he refuses to make any meaningful changes to reverse the severe consequences of what he has unleashed. So his commitments to election integrity ring hollow when we see that even advertisers have not been able to sway him.

So we’re hoping that this is part of a broader movement where we will be evaluating Musk closely, holding him accountable to his commitments. But also bringing more actors in to try to pressure the movement towards a safer experience for people.

Listen to Scott Harris’ in-depth interview with Nora Benavidez (18:27) and see more articles and opinion pieces in the Related Links section of this page. 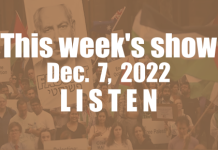 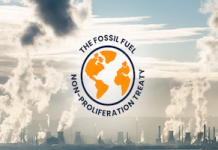 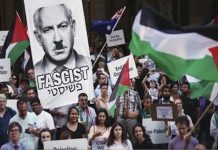