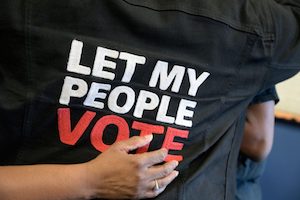 The election of Joe Biden was called by major news networks on Nov. 7, after the former vice president had secured at least 279 electoral votes, more than the 270 required to win the White House. As the counting of mail-in and provisional ballots continued across the U.S., it’s likely that the Democratic presidential candidate will garner 309 electoral votes and 5 million to 6 million more popular votes than Donald Trump.

Democrats won upper upper Midwestern states, the so-called “blue wall” that they needed to overcome Trump’s narrow margin of victory there four years ago. However, as the counting continued days after the Nov. 3 election, Georgia emerged as an unexpected, battleground state where, as of Nov. 10, Biden was leading Trump by more than 14,000 votes. The last time Georgia voted for a Democratic presidential candidate was nearly 30 years ago, when the state voted for Bill Clinton in 1992.

In 2018, Greg Palast, known for his investigative reports for BBC, The Guardian and Rolling Stone, exposed the Republican purge of some 198,000 predominantly black and Latinx voters from Georgia’s voter rolls, which contributed to the narrow defeat of popular Democratic gubernatorial candidate Stacey Abrams. But with knowledge of the GOP vote stealing scam, Palast teamed up with the ACLU and Abram’s group Fair Fight to restore the votes of thousands who were purged, a key factor in the surprise outcome of Georgia’s 2020 election. Between The Lines’ Scott Harris spoke with Greg Palast, who recounts how he exposed the massive voter purges in Georgia and other states and voting access issues ahead of Georgia’s two critical Senate runoff elections on Jan. 5, that will determine which party controls the U.S. Senate.

GREG PALAST: When we say a vote has been purged, it’s not like a TV show where every year you get one day to kill anyone you want. Rather, every two years, GOP secretaries of state get to remove any voter they don’t like. And it’s not a small amount. According to both federal agencies and the Brennan Center, 16.7 million people were purged in the last two years, leading up to this election, removed from the voter rolls, some legitimate, maybe about half. But we looked at the purges, the removals from voter rolls in states like Georgia, Wisconsin, Michigan, North Carolina, Nevada and Arizona — sound like an interesting list to you? Yeah, those are the swing states where Republican operatives and by the way, I investigate Democrats, too.

But you know, obviously if you’re removing voters of color and young voters and low-income voters — and that’s almost everyone who gets purged falls in one of those categories, young black, low-income — I want to say voters of color, Hispanics, Asian Americans too, really get slammed. So this time, I worked in coordination with groups, especially the biggest single focus was Georgia. And I want to give you warning, according to the Republican secretary of state of Georgia, “Greg Palast is a Stacey Abrams shill, I’m just her stooge.”

No, I am her colleague and I was the one who warned her originally in 2014, seven years ago, when I first showed her these purge lists by Brian Kemp. And years later, the two of them would face off for the governorship and those very purge lists I showed her, were what stole the election. And she said, so she does cite my work for the theft of that election in 2018. And she did hire my expert team to help her put together a plan this year to save voters.

Now, I did another analysis working with the ACLU of Georgia — another of course, “subversive” organization, we’ll admit — and we found that 198,351 voters we know exactly were illegally removed from the voter rolls at Georgia. Obviously, we tried to fight to get them on, but mainly, I worked with the Black Voters Matter Fund headed by LaTosha Brown and Cliff Albright. We sent out 98,000 postcards, Southern Poverty Law Center made calls. We raised hell and we issued this report. And probably very helpful is that we made a film released by Leonardo DiCaprio, two films that got seven million views and set up a website where voters in Georgia, Michigan, Wisconsin and North Carolina could see if they were illegally purged removed from the voter rolls and then re-register.

So we ran this campaign and it’s like, it’s not partisan. It’s not about Democrats. It’s about citizenship and protecting the right to vote. But the truth is and everyone knows it, is that the work that I did, Stacey Abrams did and others that we all did together obviously had one hell of an effect. And now, I mean, that doesn’t mean that it was a clean election, Georgia. They stole what they could. The only reason we’re in a run-off, there’s two Senate seats up for grabs in Georgia in a run-off, Jan. 5, whoever wins those two seats has control of the United States Senate. So man, everything is on the table in these two races.

SCOTT HARRIS: You know, it was interesting to read today, Greg, that Georgia Secretary of State Brad Raffensperger has been criticized by the two Republican Senate candidates. In fact, they demanded he resign because they are now stuck in this run-off situation where the eyes of the country — if not the world — will be on Georgia to see who’s going to control the U.S. Senate for the next few years. Tell us a little bit about this secretary of state and why he’s now hated so much by these two Republican candidates that are facing run-off.

GREG PALAST: It’s funny. I was just on the phone with the Southern Christian Leadership Conference and the ACLU. And we were laughing because it was like a couple of bank robbers suing their getaway driver because he didn’t show up in time for the heist. You know, it’s like, it’s pretty funny. This guy has killed himself to the jack with the voting system. You know, they’re basically spanking him for not stealing enough for them. Right. Come on guys.

SCOTT HARRIS: Greg, what kind of work are you going to be focused on in these weeks between now and these special runoff elections in Georgia?

GREG PALAST: Just teamed up with Southern Christian Leadership Conference, obviously Fair Fight, Georgia. We’re going to bring our expert team back in that Stacey Adams funded. We’re going to do more reviews of the voter rolls and we’re getting out notices to people. We’re going to do another film from Leo DiCaprio’s site. We’re going to fight to see if we can get the courts to protect people and put them back on the rolls if they’d been wrongly removed. We’re running a massive media campaign. And again, it’s all about getting people back, their voting rights. 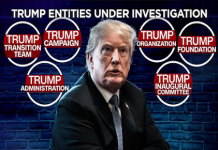 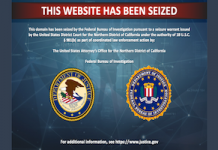 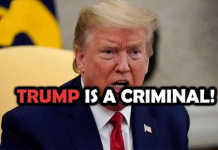 Daniel Ellsberg Explains Why Accountability for Trump is Critical