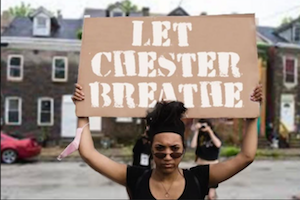 So-called waste-to-energy plants are the waste management industry’s way of describing toxic incinerators that burn trash and leave extremely toxic ash containing dioxin, mercury, arsenic and more. The Covanta incinerator in Chester, Pennsylvania, is the largest one of its kind in the U.S. Chester is a low-income community near Philadelphia, with a population of 33,000 people, 72 percent of whom are African American.

The 2021 Walk for Our Grandchildren and Mother Earth started in Scranton, Pennsylvania on June 20, and concluded in Wilmington, Delaware on June 28. Those on the walk called for climate justice and for President Biden to take more action addressing climate change. Along the way, the elders on the walk met with local people working to stop fossil fuel development projects like pipelines and liquefied natural gas export terminals, as well as incinerators. One way to make trash incinerators obsolete is through implementation of a zero waste program, which reduces waste through recycling, composting and ending the production of single use plastics that are then burned.

Between The Lines’ Melinda Tuhus, who participated in the walk, spoke with Zulene Mayfield, chairperson of Chester Residents Concerned for Quality Living, or CRCQL (CIRCLE). A lifelong Chester resident, she describes the impact of the incinerator on her community and their efforts to close it. She refers to the Pennsylvania Department of Environmental Protection as the Department of Environmental Pollution.

ZULENE MAYFIELD: They truck the trash in, so there are about 400-500 trucks that go in and out of that facility a day. These are the 18-wheeler trash trucks, as well as the trash trucks we’re accustomed to seeing in our neighborhood, the compactor trucks. So the impact that it’s had on our neighborhood is that 38 percent of our children have asthma now. We have a high infant mortality rate. We have high incidences of cancers. We have various respiratory illnesses and problems that the residents are suffering from, as well as everyday ailments such as rashes, eye irritation, throat irritation, and these are assaults every single day the people deal with. You cannot sit outside. You cannot open your windows, because the smells just permeate throughout your household and just linger.

They took a neighborhood that was 80-something percent homeownership that is now down to around 41 percent, because nobody wants to live there. You can’t sell the houses; you can’t rent the houses. Many of them have foundational damage because of the massive amount of trucks that roll through city streets.

The impacts have been severe and we don’t see co-existing with this incinerator. There is no co-existence. This facility is outdated; it’s over 30 years old and we all know that any 30-year-old technology is not good, so we are fighting to shut it down and we are asking for everybody’s help in this battle.

MELINDA TUHUS: You said it’s been operating for 30 years. From how wide an area do these trucks bring in trash?

ZULENE MAYFIELD: The trash comes from as far as New York, Philadelphia, Ohio, Puerto Rico, Ocean City, Marylabd, New Jersey – a wide range of areas. They mass burn, every day, roughly 3,500 tons of trash; 30 percent of it comes from New York. It’s sent down here by train. Then it goes to Delaware and they put it on trucks and truck it ito Chester. Another roughly 28-29 percent comes from the city of Philadelphia. Another percentage of 25-26 percent actually comes from Delaware County. That’s 49 municipalities that border or on the outside of Chester. Maybe 3 percent comes from Ocean City, Maryland. They have said that incineration is the new recycling. They won’t recycle the old way anymore.

MELINDA TUHUS: Does it produce energy, and do you get any of that?

ZULENE MAYFIELD: As a by-product of what they do. If they were in the energy business, it would be the most wasteful way of creating energy. They produce about 90 megawatts. That energy is not coming to Chester. It’s sold to New Jersey and goes into their grid system. We have a right, an absolute right to have clean water, clean air and clean lands in the state of Pennsylvania. That is part of our constitution for the state and any impediment to that is a challenge and a threat to our survival as human beings.

MELINDA TUHUS: You’re trying to build support for closing it. Would it be through legislation?

ZULENE MAYFIELD: By any means necessary. This is a political fight. It is a scientific fight. It is a health fight. It’s a moral battle. They know the pollutants such as lead, arsenic, cadmium and particulate matter. They know what’s coming out of that facility, and they don’t care. The state, the regulatory agencies – the EPA, the Department of Environmental “Pollution,” the local and county governments, the state governments, the facilities, and we know, too, as residents.

We have one source of air. Nobody has their own clean pipeline of air — no one. So we’re building bridges. We’re collaborating. We’re trying to build political power because we are certainly determined to make sure this life-taking industry is no longer operating. We are not sacrificial lambs; we are people. You know, they have an Endangered Species Act. I think this country absolutely needs to come up with an Endangered Humans Act for communities like Chester that somebody has designated, “These people will be sacrificed for the good and the comfort of everybody else.” And if we’re concerned about the legacy we are leaving our children and grandchildren, these are the battles that must be won, because they impact us all.

For more information or to get involved, visit Chester Residents Concerned for Quality Living at chesterresidents.org and Chester Environmental Justice at ejnet.org/chester. 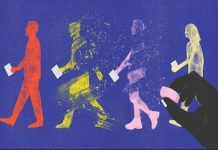 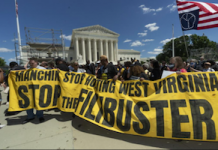 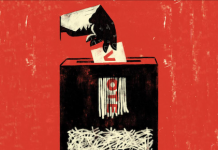