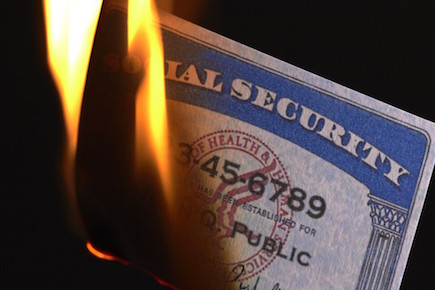 Just three weeks before the Nov. 6 midterm election, Republican Senate Majority Leader Mitch McConnell of Kentucky told a Bloomberg News reporter that the cause of the nation’s exploding budget deficit were social safety net programs: Social Security, Medicare and Medicaid.  He went on to say that he favors cuts to these popular programs. The Republicans have long been hostile to these programs and under George W. Bush, unsuccessfully tried to privatize Social Security just before the 2008 financial meltdown.
Contrary to McConnell’s assertion, the ballooning U.S. deficit can be directly traced to the massive tax cuts primarily benefiting the nation’s wealthiest families and large corporations passed by the Republican-controlled Congress and signed into law by Donald Trump last year, which will add $1.9 trillion to the national debt over the next decade.
Defenders of Social Security, Medicare and Medicaid – along with their allies among congressional Democrats – are now telling voters that McConnell’s comments confirm their prediction that the Republicans’ plan all along was to try to pay for its tax cuts for the rich by slashing social programs benefitting working families. Between The Lines’ Scott Harris spoke with Nancy Altman, president of the group Social Security Works, who talks about the looming battle to protect the nation’s popular retirement and healthcare programs in November’s midterm election.

NANCY ALTMAN: It is so outrageous what they’re doing. And it reminds me of the story about the child who kills his parents and then pleads to the court for compassion because he’s an orphan. I mean, these guys created a huge increase in the deficit. All, every economist, said this was gonna happen. They (the Republicans) said, “Oh, no, no, no.” But they did it as a reward to the donors who’d been supporting their campaigns.

And sure enough, we all said, “Okay, this is their playbook. They hate Social Security. They hate Medicare. They hate Medicaid, because these are programs that American people overwhelmingly support and work so well, and they are a manifestation of government at its best. So they are out to destroy all three programs. And sure enough, before the ink was even dry, you had Marco Rubio and Paul Ryan talking about “Oh, we’re going to have to cut what they call entitlements,” but what we know are our earned benefits – Social Security, Medicare and Medicaid.

And sure enough, just last, week Mitch McConnell said the same thing and my concern is if this is what they’re saying a few weeks before an election, they are going to be so emboldened if they retain control of the government. So, people who care about Social Security, Medicare and Medicaid really must vote and they must vote Democratic because the Republicans are out to get these programs.

BETWEEN THE LINES: Nancy, maybe you could speak to what’s at stake in this year’s midterm election. Given the fact if Republicans retain the House of Representatives and continue their control of the U.S. Senate and the White House under Donald Trump, you have a situation where Republicans could actually follow through on their commitment to make deep, deep cuts to these very popular programs, Social Security, Medicare and Medicaid. What are your worst fears in terms of continued GOP control in the legislative and executive branch?

NANCY ALTMAN: I am so worried. I’ve been more worried – as I said, I’ve been working on this for 40 years and I’m more worried now than I ever have because the very fact is that if they are saying they want to cut these programs before the election, they will know that 2019 they’re as far away from the next election as you can get. And they have no guarantee that they will retain control in 2020 of the White House or Congress and they will be hell-bent to ram these cuts through.

Now they tried in the last Congress. You know, there was the vote over the Affordable Care Act and the pre-existing conditions – that really was just John McCain, the late John McCain – that they would note that famous thumbs-down. But that had very serious cuts to Medicaid in it and they talked about also undermining Medicare’s funding.

They’ve already been trying and they will be emboldened. We will have the fight of our life on our hands and I don’t know that we can stop them because we’ve got so many distractions that they will try to push this through in secret in the dead of night and we will try to get the word out, but if they have all branches of government, they will control the news and it’s going to be very, very hard. You know, for lots and lots of reasons.

We have a system of – we’re supposed to have a system of checks and balances and if Democrats take at least one house of Congress, that will be a check on this legislation. They can still do things administratively and they’re trying: closing field offices; making it harder and harder to access benefits; waiting forever on the telephone if you try to get through to get information and so forth. We need to fully allow the Social Security Administration to do its job and not this death by a thousand cuts.

But at least we can stop legislation and then when we get a supporter of Social Security in the White House, we can turn the administrative part around, too. But if we lose Congress … This is the way they’re talking before the election, you know they are going to go as hard as they can and it will be very hard to stop.

For more information on Social Security Works, visit socialsecurityworks.org.
Covering under-reported news stories that matter to the well-being of our collective humanity is part of our mission. If you appreciate our efforts, please make a donation to our End of Year campaign today. 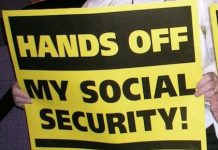 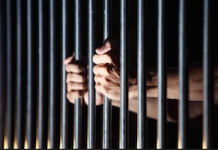 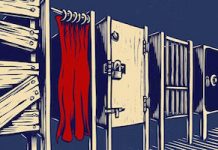 GOP Voter Suppression in Overdrive in Advance of 2018 Midterm Election