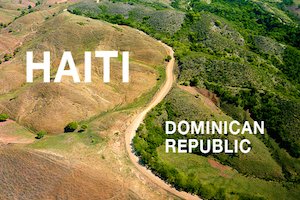 Hurricane Maria’s destructive winds denuded much of the island of Puerto Rico’s trees and lush tropical forests. While they will grow back, the current situation has triggered floods, landslides, loss of fertile topsoil, increased temperatures and other problems.

The loss of trees and vegetation have been concerns in Haiti for decades, both from natural disasters fueled by climate change, and from Haitians chopping down trees to make charcoal for fuel. Because the entire nation is almost treeless, from the air it’s easy to see the boundary between Haiti and the Dominican Republic on their shared island of Hispaniola, where protected trees on the Dominican side stand in stark contrast to Haiti’s barren landscape.

Between The Lines’ Melinda Tuhus spoke with Haitian-American Yanique Joseph, the New Haven-based director of the Haiti Renaissance Institute. The Institute is a project of Green Cities Green Villages, which is a sustainable development and renewable energy incubator founded by Joseph in 2001. Since 2010, she’s worked with grassroots groups in Haiti, including the Association of Peasants of Fondwa and local development committees, to advocate for the establishment of a Haitian National Forestry Corps.

BETWEEN THE LINES: Yeah, that would make a big difference. Besides your organization, is anybody else pushing for this? Are you working with other groups in Haiti?

BETWEEN THE LINES: So is this would be something you think is likely to come to pass in the next few years?

YANIQUE JOSEPH: Yes. It is likely to come to pass, but we will need the support of the American people, of the people of New Haven and Yale and other institutions of higher learning. We’ll be working in Haiti to make it happen.

BETWEEN THE LINES: When I was in Haiti there were people selling tiny little pyramids of charcoal on the street, that was the only way they could make any money, and they were cutting down the trees – the few that were left – to make charcoal. So to reforest seems like a good idea. Even though that would be on a massive scale, are you aware of any small projects locally to do reforestation?

YANIQUE JOSEPH: Yes, there are many reforestation projects in Haiti, but they are scattershot and they are not comprehensive. In order for us to have effective reforestation in Haiti, we need a number of factors. One of them is cooking fuel alternatives. This is why the University of Fondwa and the Haitian Renaissance Initiative, we have partnered to introduce a number of renewable energy alternatives in Haiti. One of them is anaerobic bio-digester technology, which would provide cooking fuel through bio-gas to Haitian households, which would be a way to prevent people cutting down trees to make charcoal. There are also other alternatives, which consist of people and groups making charcoal out of compressed waste paper and waste bio-mass, which is plant waste. They convert it to charcoal briquettes and people are now buying these reconstituted charcoal briquettes as fuel alternatives, but that is not enough. 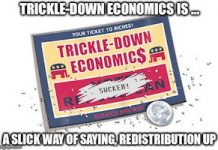 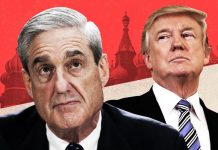 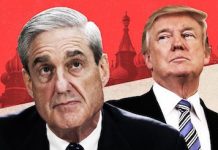