• In early November, the Ethiopian government and Tigrayan rebels signed a cease-fire agreement that’s permitted humanitarian aid to be delivered to desperate people living in northern Ethiopia’s war zone. But according to a Washington Post investigation, it was just one year ago that Ethiopian guards at a prison camp opened fire on active and retired Tigrayan soldiers in one of the most deadly massacres of the civil war that began two years ago.

• Over the last 30 years, Mexico has become a wealthier nation, and is now the world’s 15th largest economy. After trade pacts were signed with the U.S. and Canada, the country’s exports have grown from 12 percent of GDP in 1993  to 40 percent in 2021. But the distribution of wealth within Mexico is geographically unequal.  Manufacturing plants along the northern border and in central Mexico produce cars, aerospace parts and medical devices. By contrast, the southern states of Chiapas, Guerrero and Oaxaca are plagued by poverty and illiteracy.

• In early November, the U.S. Supreme Court agreed to hear a case brought by the Navajo Nation that could have far-reaching impacts on tribal water rights in the Colorado River Basin. The Navajo Nation argues in its suit that the Department of Interior has a responsibility, grounded in treaty law, to protect the tribe’s future access to water from the Colorado River. But several states and water districts have filed petitions opposing the tribe, stating that the river is “already fully allocated.”

(“Tribes in the Colorado River Basin are Fighting for Their Water. States Wish They Wouldn’t,”  Grist, Nov. 16, 2022) 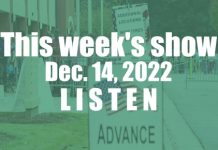 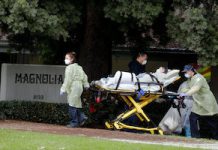 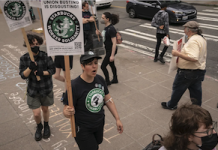 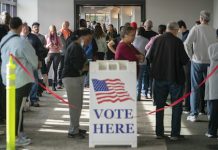 Georgia GOP Voter Suppression the Media Missed, Likely to Spread Across the U.S.