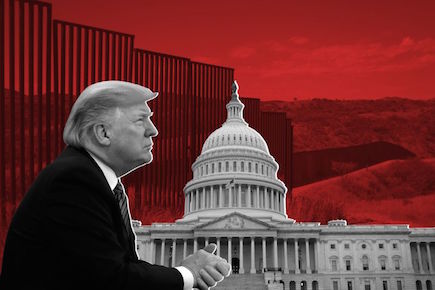 With the partial government shutdown entering its third week, pressure is growing in Washington for a resolution of the political battle over President Trump’s demand for more than $5 billion from Congress to build his wall along the U.S.-Mexico border.  While both the newly Democratic-controlled House of Representatives and GOP-controlled Senate had approved continuing budget resolutions to reopen the nine federal departments closed down, the president has refused to end the shutdown until Congress meets his demands.
The shutdown affects more than 800,000 federal workers in the U.S. Departments of Agriculture, Commerce, Justice, Homeland Security, Housing and Urban Development, Interior, State, Transportation and the Treasury.  Many of these workers have been furloughed, while others deemed essential must work without pay. Ironically, the shutdown has weakened staffing of the Transportation Security Administration, which enforces security at the nation’s airports.
In the misleading primetime address to the nation on Jan. 8, Trump argued that the U.S. faces a national security crisis on the U.S. southern border that must be addressed by building the wall he pledged would be paid for by Mexico. Between The Lines’ Scott Harris spoke with Catherine Tactaquin, executive director of the National Network for Immigrant and Refugee Rights. Here, she discusses Trump’s attack on immigrants, the forced separation of families and the current shutdown as she challenges the assertion that a crisis exists on the U.S. Mexico border.

CATHERINE TACTAQUIN: This isn’t the first time that we’ve seen him use this tactic to hold people hostage. So in the past he’s held you know, almost 800,000 dreamers – undocumented youth who benefited from the DACA program – hostage over the wall. He has I think, tried to hold children, that separation of children from their parents, at the border as hostage to, you know, his agenda. You know, I mean, it’s extremely frustrating and when you look at the human impact on immigrants, you know, on children and now on hundreds of thousands of federal workers and their families who are going without pay and have an uncertain future – really, as you know, being held hostage for what was his campaign promise. And we’ve seen some moves in the last week that actually the phrase “build the wall” was being used and by his campaign as a way to focus his attention as an undisciplined a candidate when he was campaigning, but you know, what we saw was that the phrase, the call to “build the wall” was used over and over in campaign rallies and essentially, it was a code for you know, keep the immigrants out.

It was a code for his anti-immigration policies. And now we see this campaign slogan or promise an attempt to turn that into policy. And of course it’s been met with, you know, lots of resistance, certainly from the Democratic Party, but also I think increasingly, frustration by members of the Republican party as well. You know, a major critique from many sides on just the concept of a wall as national security, but what a wall means in terms of militarization of the border.

It’s what border enforcement has actually meant over a number of years in terms of increasing the likelihood of migrant deaths, human rights violations, damage to border communities and to the environment. It’s a very fragile environment at the border and there’s already been considerable damage just by the encroachment of you know, a more militarized border.

BETWEEN THE LINES: Catherine, I wonder if you would respond to Donald Trump and his administration’s characterization of a crisis – a emergency, a national emergency on our southern border. I’ve read accounts where there’s actually fewer immigrants crossing the border than there were years ago. Provide a reality check for our listeners if you would, about the “crisis or emergency” at the U.S.-Mexico border.

CATHERINE TACTAQUIN: The reality is that a border crossings have declined over the last 12 years and if there is a crisis, what we’re seeing is certainly the humanitarian crisis that has emerged in Central America. And I think many people by now, you know, have become more familiar with the problem of persistent poverty, of violence and what’s described as the northern triangle countries of both Salvador, Honduras and Guatemala, which are identified as among the most dangerous countries in the entire world. And what we’ve seen of the Central American exodus – also described as the migrant caravan – are really families who have been leaving Central America and traveling as a group because that is the safest way for them to travel to flee those conditions and to try to reach a safe haven. They are no different than the millions of people around the world who have similarly sought safety leaving situations of crisis.

So if there is a crisis, it’s there. And, we are, you know, have been using this false narrative of a national security – or manufacturing a crisis – really, by not implementing a strong humanitarian response, by cutting back on access to refugee resettlement by trying to close the doors to asylum seekers.

So we have been reneging, the United States government that is, on really are what are our national laws with regards to asylum, but also our obligations under international agreements to provide a safe havens to those who qualify. So it is a bit of a manufactured crisis.

I think there’s been news over the last couple of days when the White House was trying to argue that there were thousands of terrorists trying to cross the border; they’ve identified thousands of terrorists. And apparently, you know, the information that they were using was the fact that there are over 3,000 people who are on a no-fly list. These are people who’ve been identified for various reasons, including people who might have the same name as someone who is identified as the suspected terrorists who have been identified because they’ve sought to fly. They’re not people who are crossing the border. And the State Department has had to admit that in fact, since 9/11, we have not caught one terrorist crossing the U.S.-Mexico border. 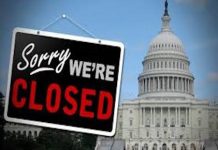 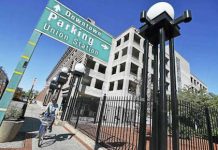 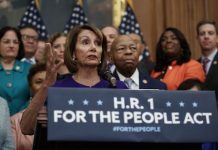