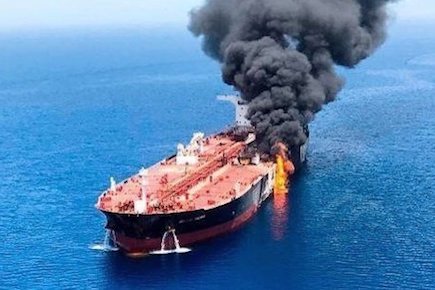 [Producer’s note: Since this interview was recorded, the Associated Press reports that President Trump approved military strikes against Iran in retaliation for downing an American surveillance drone, but pulled back from launching them on Thursday night after a day of escalating tensions – in which planes were in the air and ships were in position until the order came to stand down, without any missile strikes.]

Following weeks of the Trump administration’s escalating confrontation – threats and accusations against Iran, Tehran’s government announced that it expects to soon breach the terms of the 2015 international nuclear agreement that limited the amount of enriched uranium the nation produces. This comes more than a year after President Trump’s decision to unilaterally withdraw and violate the agreement and impose harsh economic sanctions against Iran. Until now, Tehran had remained in compliance with limits placed on their nation’s nuclear program.

Last week, two oil tankers in the Strait of Hormuz were damaged by explosions that Washington charged was an attack sponsored by Iran or its proxies. Iran denied the accusation and observed that one of the tankers, owned by Japan, was attacked at the very same time Japanese Prime Minister Shinzo Abe was in Tehran for diplomatic talks with Iranian leaders. The highly unlikely scenario that Iran would launch an attack on a Japanese ship during talks with the Japanese head of state, prompted many observers to declare the bombing of the ships to be a “false flag” operation designed to further increase tensions between the U.S. and Iran.

Between The Lines’ Scott Harris spoke with Jamal Abdi, president of the National Iranian American Council who examines the very real danger that Trump’s strategy of escalating confrontation with Iran could soon spin out of control and lead to war.

AMAL ABDI: I think that there is a real danger of this triggering a direct military confrontation. I think the fact that the oil tanker attacks and the Trump administration’s accusations of an Iranian hand behind them – the fact that it has been met with such circumspection from the international community, from the American public – probably is a good thing because this is kind of a scenario that we have feared for years, where,you talk about the Persian Gulf and the Strait of Hormuz and oil shipments and everything. And there are so many tripwires where somebody makes a mistake and there’s a retaliation and you could see this escalating out of control and becoming an all-out war. And we already know that, you know, the region is in this state of massive tension.

We see it playing out in Yemen. We see it playing out in Syria – this proxy war between Iran and the groups that it works with. And then on the other side, the Saudis and the Israelis. And so, you know, I think the real fear is that if this doesn’t get contained, if this continues to escalate, if we see this continued tit-for-tat, if you have more U.S. troops entering the region and potentially being exposed to some dangers of you know – Iran or a proxy – killing U.S. troops, or being blamed for it. And then a reaction to that, you could really see this tinderbox explode.

It’s particularly disconcerting because we don’t know that there is a real apparatus on the U.S. side that is making decisions strategically. It really seems like it is a couple of different players who are really driving the policy and the direction that they see fit. And while people seem to think that, you know, Donald Trump doesn’t want a war with Iran, he doesn’t want to be a war president – everything he is allowing these guys to do is putting the United States in a position where we’re going to have no more options. And if Iran does start to exceed these limitations, I think by next year you could potentially see Iran with the capability to potentially break out and have an undetectable nuclear weapons capability, which is the big fear that helped lead to the talks that eventually got the nuclear deal. And if we get to that point, under Obama there was a recognition that there had to be an off-ramp and there had to be mutual concessions in order to avoid that. Under this administration heading into an election, I don’t know that they’re going to make that calculation.

BETWEEN THE LINES: There’s some concern that what’s happened to these oil tankers in the Gulf of Oman is a false flag operation that it’s designed to ramp up tension and maybe even trigger a war by somehow engaging the United States in this set of accusations that Iran is being irresponsible, reckless, and launching terrorist attacks on a very important world waterway for oil transit. What are the chances this was a false flag operation, do you think?

JAMAL ABDI: So, like I said, the credibility of this administration is next to nothing. I mean, they lie, you know, every minute of every hour of the day it seems like. And so, I think that’s why there are a lot of, you know, even the most sober-minded analysts, publicly and certainly behind closed doors have been talking about, is there going to be a Gulf of Tonkin incident? Is there going to be a false flag incident? You add to that, you know, the parties that are really in control here other than (national security advisor) John Bolton and (Secretary of State) Michael Pompeo, it’s, you know, the Saudis, the UAE (United Arab Emirates), the Israelis – they have a real vested interest in seeing this policy play out to what I think the UAE called cutting off the head of the snake.Taking out the Iranian regime. And so, I don’t think you can put anything past those folks, either, that they would orchestrate something like this that would draw the U.S. Into this war.

And then the other piece that I have found interesting, partially because my organization has been sort of subjected to this. In the past few weeks, it’s been revealed that the United States government was actually funding an organization as part of a program that was originally set up to counter ISIS propaganda, particularly on social media. And then was eventually a program that was supposed to counter Russian election interference and propaganda. And now there’s an organization that was getting at least $1.5 million called the Iran Disinformation Project that was actually attacking critics of Trump’s Iran policy and particularly Iranian American critics of the policy – my organization, analysts, even journalists like Jason Rezaian of the Washington Post – and this could be just the tip of the iceberg. We don’t know if there is more there that potentially the government funding even more groups to circulate these sort of false narratives.

BETWEEN THE LINES: Jamal, tell us what you think the U.S. House of Representatives, controlled by the Democrats right now, what should they be doing right at this moment to slow down Trump’s Iran strategy of escalating confrontation – this march to war?

JAMAL ABDI: The first thing they need to do is they need to make it 100 percent clear that the Trump administration does not have authorization for this. And there was actually a debate last week in an Armed Services Committee mark up on whether to move forward with language that clarifies that Trump does not have the authority to launch a military strike against Iran. That was tabled, but will hopefully be debated on the House floor in the next couple of weeks. There was a little bit of cold feet among some of the Democrats on that, and I think that now it is really incumbent on them to send that message loud and clear because if they do not do just that minimal step of clarifying what the law is and sending a message to Trump that he won’t get away with an unauthorized war, I think that they’re as responsible for failing to prevent this war. So that’s what they need to do and they need to do it fast.

Covering under-reported news stories that matter to the well-being of our collective humanity is part of our mission. Please sustain our efforts by donating here for our Fall-Winter 2022-23 campaign. 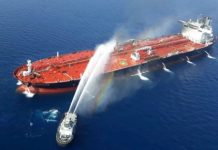 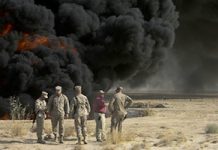 Militarism’s Impact on Climate Change Can No Longer Be Ignored 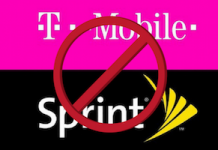