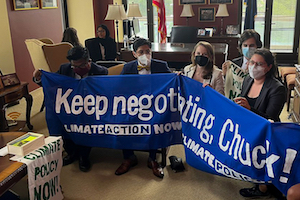 As the U.S. and world were suffering through record-breaking deadly heatwaves, drought, wildfires and floods, 165 congressional staffers signed onto an open letter demanding that President Biden and Democratic Senate Majority Leader Chuck Schumer “take ambitious, assertive action before the end of July to address the climate crisis.” Not long after the letter was signed, more than a dozen of these staffers organized a protest action inside Schumer’s Washington office, declaring that he had not done enough to address the impact of climate change. Six staffers were arrested as they engaged in non-violent civil disobedience.

Earlier, President Biden had launched an effort to advance his climate agenda that aims to cut U.S. carbon emissions in half by 2030. Every Democratic senators’ vote was needed to pass a bill through the reconciliation process to avert a Republican filibuster. But when West Virginia Sen. Joe Manchin, who is personally heavily invested in his state’s coal industry opposed the plan, the legislation died.

Between The Lines’ Scott Harris spoke with Jim Walsh, policy director with Food and Water Watch, who discusses the congressional staffers’ climate protest and his group’s recent report, “Averting Climate Catastrophe: Fossil Fuels Must End While Renewables Take Over,” while discussing actions Biden can immediately take without Congress to address the climate crisis.

JIM WALSH: The issues that we’re facing with the climate and addressing the climate crisis are not issues of technical feasibility or financial feasibility. These are issues of political feasibility. What the staffers in D.C. did today is unprecedented. I have never seen anything or heard anything of this ever occurring in the past. Usually, congressional staff sit back and are quiet. They try to stay in the shadows and not have their voices be heard. But these congressional staff that were at the Sen. Schumer’s office are the congressional staff that have been writing meaningful climate legislation. We’ve worked with some of these staffers in actually developing policies that will make this transition off of fossil fuels possible. And it needs to happen. And in order to make it happen, we need the public to continue building and following the lead of these congressional staffers and others who are speaking up about the urgent need of the climate crisis.

And that doesn’t mean that everyone needs to run and get arrested. But what it means is that we need to put pressure on our policymakers in our states to continue pushing for meaningful climate policies. It means taking time to call and write your elected officials. It means coming out to the rallies. It means sending emails to policymakers.

I see firsthand in Washington, D.C., the impact that these letters and actions have on individual offices. After we send out emails on topics, I will have staff from congressional offices reach out to me to say, we want to talk about this issue. We’ve heard from our constituents and your members about these issues. And so these actions all matter and whatever we’re doing now, we need people to do more because what is happening now is the political barriers are standing in the way of real progress. Now some of these hurdles might be removed between now and Election Day. But, we need to make sure that on Election Day, people are showing up to vote and they’re voting for climate champions. People who are actually gonna make not only the investments in clean energy, but also make commitments to phase out the fossil fuel infrastructure — that building clean energy is not enough. And moving these political barriers is paramount to making these things happen. And that’s where we need the public to step up, do more and continue taking action.

SCOTT HARRIS: As these congressional staffers demand of Majority Leader Chuck Schumer and the Senate to move forward on climate change legislation, there is a systemic bottleneck in the Senate with the filibuster. But, from your perspective and in reference to your recent report, “Fossil Fuels Must End While Renewables Take Over,” what is President Biden empowered to do right now without Congress? I’d like you to also comment on the demand of many climate activists today for Biden to declare a climate emergency to put some of those actions in motion.

JIM WALSH: There are really two fundamental things that President Biden can do to address the climate crisis. And one is to stop fossil fuel production in every way he can. And he has a lot of power already to do that. He can actually step up and stop permitting for a number of fossil fuel projects. When President Biden came into office, one of his first executive actions was to deny and revoke permits for the Keystone XL pipeline. But, we’re still looking at pipelines sitting in front of President Biden for Line 3, another oil pipeline. Dakota Access. Mountain Valley Pipeline. Pipelines in Alaska and elsewhere in the country. And so, President Biden has the authority and he’s used that authority to stop these fossil fuel projects from being put forward. And he needs to use his authority as president to continue that action that he did with Keystone XL.

President Biden can declare a climate emergency and those other things? He could have done those things on Day One. He could have stopped these things, and these are things that he promised to do on the campaign trail.

But with the climate emergency that unlocks the power of the president to take further action that is critically important to making sure that consumers have access to more clean energy options. He can use his power to declare climate emergency and rework resources in the federal government to divert money to clean energy development and to build the heat pumps, the electric stoves and ovens, the solar panels and windmills that we need to actually help make this transition possible.

For more information, visit Food and Water Watch at foodandwaterwatch.org.

Listen to Scott Harris’ in-depth interview with Jim Walsh (18:01) and see more articles and opinion pieces in the Related Links section of this page. 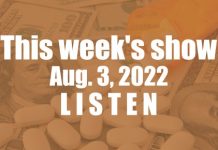 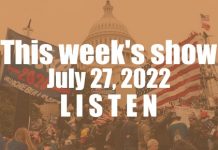 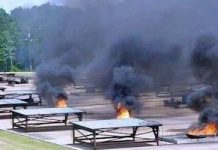 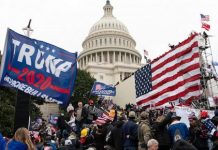