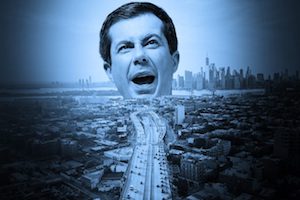 It’s no surprise that President-Elect Joe Biden has nominated mostly moderates to top posts in his administration. A good example is former South Bend, Indiana mayor and former Democratic presidential candidate Pete Buttigieg, who at the beginning of the 2020 primary season was running way ahead of Biden.

In mid-December, Biden announced that he would nominate Buttigieg to become the nation’s next transportation secretary, despite his having almost no experience in the field. This and other Cabinet nominations contradict Biden’s promise to name competent and experienced people, unlike his predecessor, Donald Trump.

Between The Lines’ Melinda Tuhus spoke with Max Moran, a researcher with The Revolving Door Project at the Center for Economic and Policy Research. Here, he talks about why Biden likely selected Buttigieg, how that could foreshadow the direction of the incoming administration and Buttigieg’s future political career.

MAX MORAN: I think it’s pretty clear that the only real reason Pete Buttigieg is receiving a position in the incoming Cabinet is that Biden feels he owes him a favor for earlier on in this year when support from the moderate wing of the Democratic party sort of consolidated around him. Pete Buttigieg dropping out and endorsing Biden was one of those linchpin moments that helped to affirm to moderates, at least, that Biden was going to be their candidate of choice to overcome Bernie Sanders.

So, as a result, Pete Buttigieg feels that he basically can call in a favor from Joe Biden, and Joe Biden is a classic, back-slapping, transactional politician and he takes that kind of thing very seriously. I think Buttigieg has also done a very good job over the course of the last couple of years of establishing himself as sort of a potential future for that type of moderate wing of the Democratic Party – a standard-bearer. So Biden has made clear that he sees something very important in Buttigieg and Buttigieg is the type of person he wants to hand the reins of the Democratic Party to over the course of his term and as a sort of potential future for the party.

So, Buttigieg receiving the Transportation secretary position has basically nothing to do with any transportation experience he has – he doesn’t really have any. He was mayor of the fourth largest city in Indiana, you know, so he managed school bus routes; he kept the roads paved and so on. But he doesn’t have any experience with transportation issues at scale, certainly at the scale of leading U.S. policy in the area. The main reason he’s receiving this appointment is so his career can advance in some way, because he doesn’t think he can win a Senate seat or a Representative seat to get into federal politics in Indiana, which is an overwhelmingly conservative state, so he needs a [route] out of Indiana into a potential future within Democratic party politics, and so receiving a Cabinet secretary position was, “Oh, we’ll give him Transportation — why not?” is the main path forward for him.

MELINDA TUHUS: Do you know of other people Biden considered for Transportation secretary?

MAX MORAN: There had been a lot of back and forth about who was going to get the Transportation secretary position. Rahm Emmanuel, who was Barack Obama’s chief of staff at the beginning of his term, and is very widely hated by progressives, reportedly very much wanted the Transportation secretary position. Eric Garcetti, the mayor of Los Angeles was in talks for Transportation secretary. Garcetti aside, very few of these people who were in discussions are sort of like experts in transportation policy or people who have a clearly stated interest in expanding mass transit and dealing with rail issues and dealing with flight issues and so on. This is sort of endemic to how transportation and many other jobs within the Cabinet are viewed as sort of political consolation prizes to some extent, or viewed as ways to keep a given political operative, or in this case, someone who is personally close with Joe Biden, giving them some sort of powerful position to advance their personal career. So yeah, there had been talks about other folks in the mix.

MAX MORAN: Of course. So, Pete Buttigieg’s policy director on his presidential campaign was a woman named Sonal Shah. Sonal Shah was also one of the headline fundraisers on his campaign and a lot of the high-dollar fundraisers that Buttigieg held, one of the big advertised glitzy things was that high-dollar fundraisers would have a chance to have a conversation with Sonal Shah. So this is basically eroding any line whatsoever between the policy team and the fundraising team, which is supposed to be a very clear bright line for obvious ethics issues. If you let the people who are raising funds for your campaign directly influence what your campaign is actually running on – the policies you make – then it’s pretty clear that you’re a tool for whatever wealthy interests are interested.

MELINDA TUHUS: What do you think this bodes, both for Biden’s Cabinet and for Buttigieg’s career?

MAX MORAN: Buttigieg’s career definitely gets a significant boost in that he’s found his route out of Indiana now. He made this long-shot, Hail Mary shot of trying to run for president, and it seems to have worked, because now he’s going to be leading a major Cabinet department that is going to keep his name in the news and so on. I think for Biden’s Cabinet, it’s disappointing to see that he ran on this message of bringing in people with the most experience, “I’m going to restore expertise to being front and center in the federal government,” and instead he seems to be picking people he feels he owes favors to or who are just long-time friends of his to lead important parts of the federal government. Again, Pete Buttigieg is not a transportation expert; he was the mayor of a small town who wanted to be something more than that. I think it means that you’re not necessarily going to see some of the best possible leadership and the best possible policy and passion behind these issues. It’s sort of a return to business as usual politics, which a lot of people didn’t like in the first place.

For more information, visit The Revolving Door Project at therevolvingdoorproject.org and the Center for Economic and Policy Research at cepr.net. 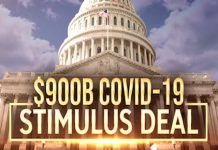 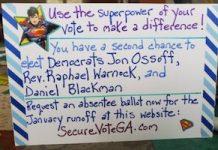 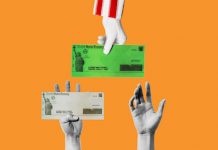