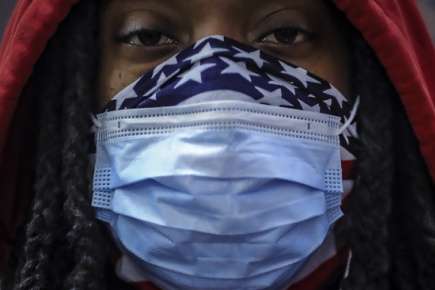 The coronavirus pandemic has impacted virtually every nation on earth, from the wealthiest, high-tech cosmopolitan centers of commerce to impoverished developing nations dependent on agriculture. Similarly here in the United States, all 50 states are battling to contain the COVID-19 virus and marshaling resources in varying degrees to provide urgent medical care to those stricken with the disease. Yet, blacks seem to be disproportionately dying of this disease.

An examination of the data compiled thus far on Americans who have died after contracting the coronavirus finds that counties with a majority-black population have three times the rate of infections and almost six times the rate of deaths as counties where white residents are in the majority. For example, less than 30 percent of people in Chicago, Illinois, are black — yet 70 percent of the lives lost to COVID-19 are African American. In the state of Louisiana with a black population of 32 percent — blacks also make up 70 percent of COVID-19-related deaths. New York City officials reported that black and Latino residents were dying at twice the rate of whites. Black residents in Milwaukee County, Wisconsin have seen similarly disproportionate mortality rates.

Between The Lines’ Scott Harris spoke with Sharrelle Barber, national adviser and coordinator to the Poor People’s Campaign’s COVID-19 Health Justice Advisory Committee.  Barber, a faculty member at Drexel University’s Dornslife School of Public Health Department of Epidemiology and Biostatistics, comments on growing concern surrounding the alarming racial disparities in coronavirus-related deaths, and the action her group is advocating.

SHARRELLE BARBER: As a social epidemiologist, part of my job description is to count deaths. And I’ve looked at, through my research and chronic diseases and particularly in the South and Brazil, have looked at the ways in which structural racism really shaped health and health inequalities. And what we know for blacks and other marginalized racial groups in this country is that because of the legacy and the history of slavery, of oppression, that laws that have been in place for decades – that kind of disinvestment in communities – that blacks have the highest mortality rates for most major causes of disease. And so colleagues and I just about three or four weeks ago, really knew that even before the data emerged, we were going to see these really striking inequalities for a number of reasons, right?

So you can look at some of the inadequacies in the health care system. The ways in which communities of color in particular have very limited access to affordable health care before this crisis. Then in a crisis like this, when you’re mostly able to access testing and treatment through hospitals and other healthcare settings, black communities are disproportionately impacted. In addition to that, we know that within the health care system there are striking experiences of discrimination, of bias — both unconscious and conscious bias. I have heard anecdotal stories of people reporting to hospitals with symptoms of COVID-19 just to be turned away and then, you know, subsequently passing away. And so we know that those exist and we know there are deep flaws in the ways we’ve structured our society.

So, many cities that we see in, for example, Milwaukee, Chicago, New Orleans, a number of cities where we’re seeing this disproportionate rates of mortality among blacks are also cities that are highly segregated. And we know that from a legacy, again, of systemic racism of, you know, policies that date back to the 1930s, like red lining, but also the subsequent disinvestment that has happened in those communities against – that keep these communities from being healthy – limited access to health care, but also other amenities that would be important during this pandemic.

SCOTT HARRIS: Dr. Barber, how could we address the short term disproportionate impact of this coronavirus crisis? What can be done right at this moment when so many people’s lives are on the line?

SHARRELLE BARBER: Right? Yeah. So one of the things that the Poor People’s Campaign is really looking into is, in what ways, for example, in places like the South where you have not had an expansion of Medicaid – and many of the states are going to be hard to hit by this coronavirus. Can Congress pass a law? And can these states really kind of move towards Medicaid expansion? We know that many of the workers who are being laid off their employment status, you know, it’s what dictates their insurance. So, you know, in this moment we need to be expanding health care to those who’ve either lost insurance because they’ve become employed or already are still just are underinsured or uninsured in this moment. So this is something I think states can do in this moment, even though it seems like more longterm, you know, but I do think it’s something we have to expand access to healthcare at the bare minimum in order to make sure that folks get the proper testing they need. And also the proper treatment. Because again, even if we were to expand testing without expanding treatment and payment for treatment, you know, many people will go without getting treated because the cost of it is so high. Right? And so that will again lead to folks foregoing medical care simply because they can’t afford it. So in this moment when we’ve bailed out corporations, why do we bail out the masters of individuals who don’t have access to healthcare and who don’t have the ability to pay for expensive hospital bills?

SCOTT HARRIS: President Trump has said that he wants to open the U.S. back for business as soon as possible. And that may happen without a proper vaccine or an effective treatment to minimize the death rate from the COVID-19 virus. If the U.S. opens back up too early, it’s certain people of color will pay a disproportionate price for that bad decision. What are your concerns surrounding this push by the Trump regime to move quickly to restore normalcy across the U.S.?

SHARRELLE BARBER: It’s really reckless. And it’s unacceptable coming from, you know, the highest office in the land. And I’ve really – myself and my public health colleagues – have just been so appalled at the reckless nature in which this president has really not listened to science, not listened to the data. He’s not engaged in the necessary actions to mitigate the disease from the onset. So we could have had testing early on, we could have prepared for this because we knew about other countries who were experiencing things, you know, the virus. Would it have come? Yes. But we could have definitely mitigate the number of our deaths and the number of cases that we’re seeing. And now the U.S. Is the epicenter and that’s because of inaction and reckless actions of this administration.

And so for him to even say or suggest that by a certain date, we’ll be able to reopen the economy again – that focus on the economy and not the people – it’s just so misguided. But you know, where’s the science? Where’s the data to even say that? We’re not even doing the proper surveillance. You know, we’re doing testing, but we’re not doing full-scale surveillance where we actually know where cases are, who’s had the virus.

For more information on the Poor People’s Campaign, visit poorpeoplescampaign.org. 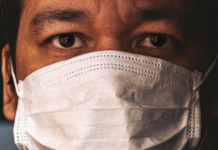 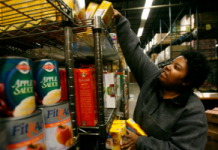 Amidst the Coronavirus Crisis, Food Banks Struggle to Deliver Food to Hungry Americans 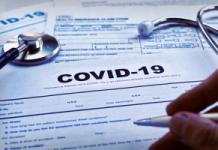