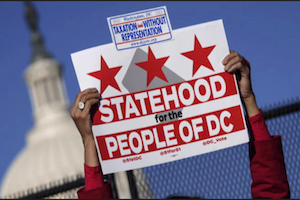 For the second time in U.S. history, the House of Representatives has approved a bill that would admit Washington, D.C. as the 51st state and give the nation’s capital full representation in Congress. The Washington D.C. Admissions Act passed the Democratic-led House on April 22 along party line vote of 216-208.

The nation’s capital is home to 689,545 residents, but the district has no elected voting representatives in either the U.S. House or Senate. Eleanor Holmes Norton, a long-serving D.C. delegate to the House, has no voting rights in the chamber. Advocates for statehood cite the fact that two states, Wyoming and Vermont, have fewer residents than Washington, D.C., but because they were granted statehood long ago, their people have voting representatives in Congress.

Washington’s second-class status was clearly seen last June when then-President Trump activated the D.C. National Guard against peaceful Black Lives Matter protesters, and again on Jan. 6 when he declined to activate the Guard to protect the U.S. Capitol from pro-Trump insurrectionists. The mayor of D.C. has no power over its own National Guard troops. Between The Lines’ Scott Harris spoke with Bo Shuff, executive director of DC Vote. Here he talks about the current momentum behind the decades-long campaign to make Washington, D.C. the nation’s 51 state, and the Senate filibuster that’s the major obstacle standing in the way of victory.

BO SHUFF: I do go back a little bit to the one in June that we passed June 26th of 2020. That was the first time in history, in 210 years of trying, that statehood passed either chamber of the Congress. So it’s absolutely a historic watershed moment and it came about based on a coalition of organizations working to educate people across the country. And the reason I go back to that one — and including the one that just occurred a week ago — is that the one built to get to the other. And now we have passed a bill through a Congress where we think both chambers of the Congress should be supportive of D.C. statehood and based on the platform of the party in control and the statements of the leadership, we knew that last year that that was not going to happen. Former Majority Leader McConnell had called D.C. statehood “full-bore socialism.” So to be able to come back and pass it again, when it could also then pass the Senate is a different feeling. But still vitally important was that first one in June of last year. So, we’re at a watershed moment and we’re the farthest forward and the closest to achieving statehood that has ever occurred in 200 years of time.

SCOTT HARRIS: I did want to ask you about the civil rights issue because 46 percent of Washington, D.C.’s population is African-American. How much do you think that has to do with some of the objections and stonewalling to achieve D.C. statehood?

BO SHUFF: It absolutely has to do with race. There are there most definitely some people who have different objections, but it is a significant objective based on race. I know that not just out of hyperbole or out of, you know, trying to whip up votes or get support. I know that because if we look through history at statehood admissions, especially the last four — Arizona, New Mexico, Hawaii, and Alaska — all of them had objections raised based on race. Not always African-American. Clearly in Arizona, based on Latino and Native American. Same, too, in Alaska. Hawaii was about Asian-Pacific Island population. But race has always come up in statehood admissions, all the way back to when there was a series of states that were admitted as either a free state or a slave state. Race, obviously played a huge part in the development of the nation.

And not only are we a 46 percent African-American jurisdiction; we’re a majority jurisdiction made up of persons of color. When we add in the Asian population and the Latino population, the Caucasian population here in D.C. is a minority. And that absolutely plays a part. And we see it also in some of the solutions that are offered of partial measures for you know, maybe we just get a senator. Or maybe our representative just gets a vote. There are other, you know, sort of these halfway — you could almost say three-fifths — of a solution offered on how do you enfranchise a population that lives here in the district? But race is absolutely one of the key objections raised by folks who don’t want to see the district entered as a state.

SCOTT HARRIS: We’re aware that there are 45 cosponsors in the Senate for Washington, D.C. statehood and the five Democrats that are in question right now, are Joe Manchin in West Virginia, Angus King of Maine, Kyrsten Sinema of Arizona, Mark Kelly of Arizona and Jeanne Shaheen of New Hampshire. But without the abolition of the filibuster, it seems Washington, D.C.’s chance to be the 51st state may go nowhere. What is your group doing right now to push for D.C. statehood given these obstacles, especially the filibuster?

And it’s really up to the people who do to figure out how they’re going to deliver on the promises that they made during their campaign. Our work is focused on making sure that more people know about D.C. Statehood and about the interference in Congress, about the different policies that Congress has passed over the years that have killed Washingtonians. That’s the work that we do — we educate and we hope that those folks then translate that information to their elected officials so that people across the country start to recognize the injustice that happens here. 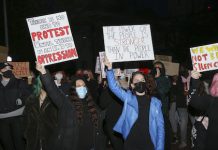 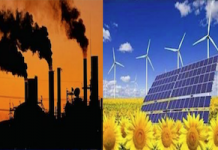 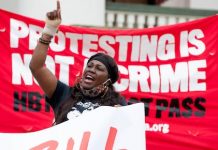