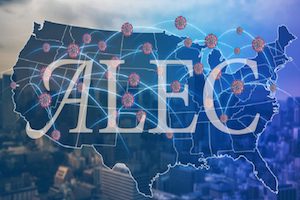 The coronavirus pandemic caused most American states to shut down business as usual to varying degrees in mid-March, and now many are reopening in phases to gradually scale back the lockdown. But, across the U.S. angry residents – some of them heavily armed – protested outside their state capitols demanding that governors lift public health restrictions, many claiming that their personal “freedom” is more important than containing the deadly virus.

Behind the scenes, an organization that for decades has promoted right-wing state legislation is using the pandemic to push for its policy priorities. A powerful corporate lobby front group, the American Legislative Exchange Council (ALEC), is playing a leading role in the right-wing movement that is pushing for early reopening of the economy that has cost the United States more than 90,000 lives to date.

Between The Lines’ Melinda Tuhus spoke with David Armiak, research director with the Center for Media and Democracy. He recently co-wrote an article focusing on documents the center obtained revealing the influence of ALEC in pushing state governments to reopen while the COVID-19 virus is still raging.

DAVID ARMIAK: ALEC, we have found, played a role behind the reopen movement. Mainly, we’ve seen through some records we’ve obtained, that ALEC has scheduled meetings with Trump officials for its membership and corporate lobbyists who are also members, to discuss reopening. One meeting was with Vice President Mike Pence, who is a huge ALEC backer, and is probably the highest connection — or deepest connection — ALEC has had with any administration up until now. They’ve also had meetings with (Secretary of Education) Betsy DeVos, who regularly attends ALEC meetings and speaks at ALEC meetings to advance her school privatization agenda. They’ve held a meeting with Labor Secretary (Eugene) Scalia, so this is one avenue that ALEC has been working behind the scenes to reopen our economy amongst this nasty pandemic that has now taken over 90,000 lives.

The other way is it has circulated a letter and that sign-on letter asks policy leaders and elected officials and President Trump and state leaders to reopen the economy in order to get people back to work. There are about 150 members that signed onto this letter, along with a large number of Americans for Prosperity state chapter leaders. Americans for Prosperity is the grassroots – or “astroturf” – arm of the Koch political network, and some other political allies.

That letter basically argues that the curve is flattening, businesses have taken a huge hit and it is now time for the economy to open again. Shockingly, the letter asks for businesses to self-regulate in terms of taking care of their workers. They say it is possible and profitable for employers “to implement best practices to protect the health of their customers and employees without micro-management from the government.” You know, we’ve already seen in a number of places that were deemed essential in all of this that management, businesses whether it be Amazon or meat-packing companies, have not done a great job of taking care or protecting their workers.

In addition, the letter asks for reform in terms of tort reform, so they want state leaders to pass laws so that once the economy reopens, business leaders or business owners will not be held liable if workers come down with COVID-19.

BETWEEN THE LINES: David Armiak, it seems like ALEC is almost the glue or the connection between the current Covid reality and this longstanding promotion of right-wing policies.

DAVID ARMIAK: They do maintain a page on their website for solutions, as they call them, policy solutions to the pandemic, and many of these things are already on the wishlist of ALEC. Tort reform is one example, for sure. Another is their school privatization agenda, so they’re really pushing in the states, the educational savings accounts which are sort of a back door way of defunding public schools; the suspension of environmental regulations. They have a whole page that they are directing their members to during this crisis to try to push through state houses in the name of this crisis.

BETWEEN THE LINES: What’s the connection, if any, between ALEC and these protests at state capitols demanding the reopening of various state economies?

DAVID ARMIAK: There’s a loose link. You also have a link in terms of funders. In terms of the larger spectrum, I wouldn’t say that ALEC is as far right as the reopen protesters we’ve seen, say in Michigan or Wisconsin, these gun-carrying militia folks, for example, who have taken up many of the images and video, right? And there’s definitely a lot of people who aren’t violent. When I went to the protest here in Madison we saw small business owners speaking, church leaders demonstrating, as well. So you get folks who are just frustrated that they’ve been targeted, or they think they’ve been targeted, and places like Menards and Home Depot are able to continue to stay open.

But ALEC in recent years has tried to distance itself from guns and gun policy, but its history is very different. It was behind the Stand Your Ground law, which resulted in the death of Trayvon Martin, so we know that not too long ago ALEC was very involved, or had ties to, the gun industry.

For more information, visit The Center for Media and Democracy at prwatch.org. 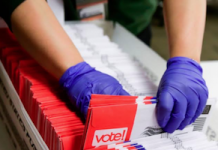 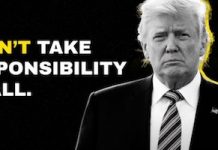