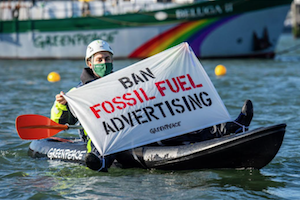 Climate activists are gathering Oct. 11-15 in Washington, D.C. for the People vs. Fossil Fuels actions at the White House and Congress. Participants are risking arrest in nonviolent acts of civil disobedience to call on President Biden to declare a climate emergency and use his executive powers to stop construction of fossil fuel projects. The theme on Oct. 14 is “No False Solutions.”

A week earlier, DeSmogBlog, an investigative climate news outlet, released a report commissioned by Greenpeace Netherlands with an analysis of so-called greenwashing claims by six European energy companies. The report calls out some of the false solutions proposed by the fossil fuel industry that activists in the U.S. are condemning during their week of protest actions.

Between The Lines’ Melinda Tuhus spoke with Silvia Pastorelli, a climate and energy campaigner with the Greenpeace European Unit, who breaks down the report’s analysis and talks about next steps in the campaign.

SILVIA PASTORELLI: Greenwashing is to make people believe that a company is doing more to protect the environment than it actually is. Essentially here, we’re talking about PR practices to make a company appear better, more committed to environmental values and mission, but the moment you scratch, you don’t find much beneath the surface.

SILVIA PASTORELLI: What we did here was analyze over 3,000 different ads, from Twitter, Facebook, Instagram and YouTube, and we selected six companies that we thought were quite representative, but also vary in size so we can see the scale of the problem. And we have seen there’s still a very, very big discrepancy the number of these adverts that focus on green activities, green practices, and what their portfolios are focusing on and how much of their portfolios are actually dedicated to green technologies. One of the biggest disparities we have found between the green advertising and the fossil fuel investment, for example, was Shell. Shell dedicates roughly 81 percent of their advertising to greenwashing, but at the same time they invest 80 percent into oil and gas. So the problem here is that the reality they are choosing to portray is very different from the reality of their core business.

MELINDA TUHUS: Silvia Pastorelli, the timing of this report is fortuitous, because from Oct. 11-15 in the U.S., thousands of people will be coming to Washington, D.C. to participate in the People vs. Fossil Fuels, to risk arrest at the White House and the Capitol to demand emergency action to address the climate crisis. There is a different theme for each day, and one of the themes is to call out false solutions. One of the things we’ll be focusing on is the concept of net zero, which I think most people don’t understand. Can you explain that?

SILVIA PASTORELLI: The concept of net zero is tricky, and very abstract. But also it’s really problematic in practice, because I’ve seen a shift in recent years from talking about decarbonization, from reducing emissions, to net zero. Very often these two things are talked about in an almost interchangeable way, but actually they do not mean the same thing. Net zero does not necessarily mean reducing emissions, or at least the focus of net zero is not on reducing emissions, but you can look at it more as an account entry, essentially. It’s trying to offset, it’s trying to capture the emissions and these are all things that we find are false solutions because they do not focus on solving the problem at the source, which is reducing emissions, but actually trying to add some end of the pipeline fixes, essentially. You can still drive your car if you can offset your petrol with a scheme to replant trees somewhere else. Or we can use carbon capture and storage to capture all the emissions, so it doesn’t really matter if we reduce emissions or not – we will be able to capture them. And then of course it’s a completely different conversation about these two practices and why they do not work the way they tell us they do.

MELINDA TUHUS: What is the next step? What do you think can happen in Europe to move toward a true green economy?

SILVIA PASTORELLI: This report was actually launched on the same day that we started our European Citizens’ Initiative, which is essentially a tool that European citizens have at their disposal to change the law, to make law at the European level, which is not the usual procedure. So, what we’re doing here, Greenpeace and other organizations are calling for a ban on all fossil fuel advertisement and sponsorship across Europe. If we reach a million signatures, we can then take them to the European Commission and say to them, “Look, there are at least a million European citizens who want you to ban all sponsorship and advertisement of fossil fuel companies.” The Commission will have to respond, will have to say Yes or No to put our draft directive into law or at least start the legislative procedure. Of course, that is not a given, but the more support we get, the more chances we have. And we have seen this tool work in the past. There have been other European citizens’ initiatives that have been successful. What we’re really trying to do is put the responsibility on the shoulders of those companies that are primarily responsible for the climate crisis instead of individual people, consumers. 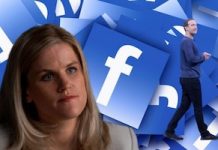 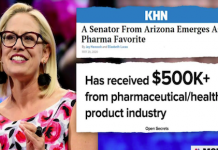