Although U.S. pollsters and corporate media pundits forecast a “red tsunami” of Republican party victories in the Nov. 8 midterm election, voters had a different outcome in mind. Conventional wisdom and recent election history led many to believe that the midterm election under a first-term president usually sees big losses for the party in power. However, while not all the votes have been counted, Democrats will retain control of the U.S. Senate for another two years, while it’s likely that Republicans will win a very slim majority in the House of Representatives.

While some 345 Republican candidates who ran for office in the midterms parroted Donald Trump’s lie that the 2020 presidential election was stolen through massive fraud, many of these election deniers lost pivotal contests in swing states and failed to gain new ground in about 95 percent of statewide races.

Democrats did better than predicted due to higher than expected turnout among young people and women mobilized by the GOP threat to democracy and the Supreme Court’s elimination of federal protection for women’s reproductive rights. Between The Lines’ Scott Harris spoke with labor and racial justice activist Bill Fletcher Jr., who examines the outcome of the 2022 midterm election and the ongoing threat to democracy posed by an extremist Republican party where many have embraced delusional conspiracy theories, white supremacy and political violence.

BILL FLETCHER JR: We’ve been in a state of a cold civil war. It’s a very different situation than those of us alive now have experienced in our lifetimes, even with the crisis of Watergate, which was a real challenge to democratic and constitutional rule. That was different.

We have a well-organized right wing, authoritarian mass movement that has an armed wing and has essentially united with what one could call the neo-liberal right. People like the Koch brothers, etc. — the Koch brother now — and want to alter the Constitution, want to in essence, eliminate democracy. So that’s the situation that we’re in.

Now the second thing is that this election tells us that the polls are essentially unreliable. We saw this in 2016. We saw this again in 2020 when we were told that there would be a blue wave. Now we see unreliable polls. And I think that one of the things that this means is that going forward, we should pretty much ignore polls, except for very objective ones that are commissioned internally within campaigns, which for the most part I don’t think should be publicized. As a union person, I’d say, you know, if you’re doing an election to bring in a union, you want to know whether you have a good chance of a victory and you have to do the best assessment you can.

I think that one of the things that we saw in this election was an over-reliance on Republican-influenced polls that were aimed, I believe, at demoralizing Democratic voters.

The third thing about this election is that contrary to many people who particularly should be in the mainstream media, who were saying that the abortion issue had declined in importance, turned out that wasn’t true at all. And once again, I think that the combination of the abortion issue and Jan. 6th and the growing perception of this threat to democracy mobilized people in a way that no one — well I shouldn’t say no one — that the mainstream media and the Republicans could never have believed.

SCOTT HARRIS: I wanted to ask you about some contradictions here, because Americans generally strongly agree with many Democratic party positions and disagree with Republican party positions when it comes to women’s reproductive rights, gun control, taxing the rich, student loan forgiveness, climate change, protecting Social Security and Medicare, marriage equality and acceptance of the LGBTQ community and lots more. What’s the explanation therefore as to why we have almost half the population voting for Republican candidates against their own really self-defined economic self-interest? And one plausible explanation is the alignment of an alarming number of people across the U.S., with Republicans’ tacit, if not explicit, support for a white supremacist ideology. I wanted to get your thoughts on that.

BILL FLETCHER JR: You’re absolutely right. I think that there’s a number of factors. So some of it is regional histories and alignments. Among other things, the virtual abandonment of rural areas by the Democratic party in their strategy. So it’s left open the field. Related to that has been the growth of right-wing radio and other forms of media, but particularly right-wing radio in large portions of this country, particularly in rural areas. Right-wing radio, right-wing talk shows in addition to Fox News, becomes the principal outlet for information. Now, all of that ends up helping to inflame, incite these very deep fears that large parts of white America have.

Many people don’t identify their interests purely or primarily on an economic basis and they look at other things. Whether they’re right or wrong is irrelevant. But they’ll look at things like guns or who’s moving into my neighborhood? Or will my child get into college or will a black person or a Latino or Latina grab their slot? Right?

And so it’s not about inoculation. It’s really changing the entire framework that masses of people have right now. And as I like to say, metaphorically, putting on a different pair of glasses to really understand what is going on.

And that’s how people will discover their interests. But you can’t simply dismiss the way folks identify their interests. That’s part of the problem. And so that means that, among other things, that there needs to be a real effort in the rural areas to beat back right-wing populism.

Listen to Scott Harris’ in-depth interview with Bill Fletcher Jr. (27:05) and see more articles and opinion pieces in the Related Links section of this page.

Covering under-reported news stories that matter to the well-being of our collective humanity is part of our mission. Please sustain our efforts by donating here for our Fall-Winter 2022-23 campaign. 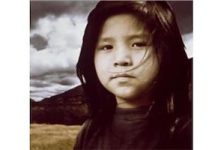