The Minneapolis police murder of George Floyd, a 46-year-old unarmed African American man set off a nationwide wave of mostly peaceful protests that in some cities devolved into property destruction, arson and looting. Although the officer who had his knee on Floyd’s neck has been charged with third-degree murder and second-degree manslaughter, the other three other officers involved were fired but not immediately charged in the case.

The protests that erupted in more than 100 U.S. cities were triggered by the murder of George Floyd. But the ugly, unchecked pattern of police violence committed against people of color across the country both provoked and sustained the militant uprising. The mostly young, racially diverse protesters boldly challenged police at times, who, as seen in viral videos, often responded with indiscriminate physical assaults, the use of tear gas, pepper spray and rubber bullets. Media camera crews and journalists were often police targets.

President Trump’s inflammatory tweets and statements seemed designed to further divide the nation. On June 1, as police attacked peaceful demonstrators in Lafayette Park across from the White House, Trump declared himself the “president of law and order” in the Rose Garden speech and said he would mobilize all federal civilian and military forces needed to end the violent protests. Between The Lines’ Scott Harris spoke with Rev. Graylan Hagler, senior pastor of Plymouth United Church of Christ in Washington, D.C., who talks about the protests in response to the police killing of George Floyd and the need to address America’s structural and institutional racism that has stoked the unrest.

REV. GRAYLAN HAGLER: One of the interesting clearer developments that just happened is this so-called president is leaning towards declaring martial law by saying that the governors will call out the military and to deal with the demonstrations in their states and if they don’t, he will. That is just a real statement that shows you how dangerous a place we’re in, in terms of democracy, in terms of having a voice. And clearly it is also, again, it’s a window onto white supremacy and the way it continues to function, because all of this is in reaction to people who feel angry, that they had police killing after police killing, after police killing has occurred. And we go through the same old cycle and nothing happens. And people have taken to the streets. And so this is the government’s response to people being in the streets, curfews and military and all that other type of stuff. And we need to right now sort of be vigilant, be vigilant and need to safeguard this democracy — I mean. So it’s a real dangerous moment.

SCOTT HARRIS: Rev. Hagler, when you look at the property destruction, the arson, the looting, that’s really captured the headlines in most media accounts of what’s going on across the country. There are many who view the property destruction and such as a hijacking of the movement for justice against police violence. What are some of your thoughts about what we’re seeing unfold across the country and what’s characterized as violence?

REV. GRAYLAN HAGLER: Well, I mean, you’re looking at an uprising. Let’s use that word. It’s an uprising of people and of course, you know, they want to focus in on property damage and fires and stuff like that. And I have to remind people that you know, you can replace a window. And the insurance company will probably pay for some damages that were done, but there’s no insurance company that’s going to restore a life. And that’s the issue that are at stake. We put more value on property than we do on human lives particularly if those lives are black or brown. We place more value in terms of whether a window’s going to be broken or whether somebody is going to be in the street, demonstrating – and not doing it to protect the system, but doing it to really expose the system.

We place more value in terms of on things and property and material than we do on human lives. This is like the date. Because this president wanted to have a photo opportunity, they came out and shot rubber bullets and tear gas onto demonstrators that weren’t running through the streets, looting, breaking windows. They weren’t doing that. They were simply in Lafayette Park and around Lafayette Park. And they sent out the military to fire rubber bullets and to gas them and to move them away so that this guy could walk out of the White House across Lafayette Park and stand in front of a church and hold up a Bible in his hand.

SCOTT HARRIS: Rev. Hagler, in this moment of crisis beyond protests, what should people who are advocates and activists for social justice – what should they be focused on right now beyond being in the streets? Because certainly these protests at some point will die down and there needs to be a constructive followup.

REV. GRAYLAN HAGLER: There needs to be a constructive followup. That’s also, what’s not taking place because people are in the street because they have not seen anything that’s (going to) substantively change to the system and the relationship. I’m meeting with a group of clergy tomorrow morning and to basically try to get some type of clergy response to this. And it’s not going to be to condemn the young folks in the street. But one thing I was saying is that if you look at a lot of the police violence, those who are those who are suspected of carrying out violence and police engaged in police misconduct, you see that they have a string of complaints against them. Now, the problem with having a string of complaints is that if something is serious enough, that you need to be suspended. You’re suspended with pay. I call that a vacation and then you’re exonerated because the blue has a tendency to protect itself.

Well, we need to begin to change things so that when one, somebody is suspended, somebody is accused of misconduct and they’re suspended, they’re suspended without pay. They might be able to get that pay back if they’re exonerated. If somebody that has a complaint against them should be looked at in terms of a psychological profile to raise the question of whether the person is actually competent to serve, because we put people out there with a firearm and a badge, and somehow we just let them go. And, there’s some serious psychological problems that exist for folks carrying badges and guns, just like in any profession. And unless you have some real professional standards – that you look at somebody with great responsibility and are able to examine somebody with great responsibility to determine whether they’re fit for service or not, things are going to go wrong. And if you’re always going to protect those folks, something is definitely going to go wrong. And their attitude is that “I can do anything I want.”

It’s like the cop sitting on brother Floyd’s neck. He put his hand in his pocket with his body language saying, “I can do anything I want. And there’s nothing you can do about it.”

Help us share more voices, viewpoints and vision like this on the airwaves and social media – donate to keep our efforts going. Because of listeners and readers like you, for the past 29 years, Between The Lines has highlighted the progressive voices of scholars, journalists, legislators and activists — all in the hopes of creating a more just, peaceful and sustainable world. Please sustain our efforts by donating here. 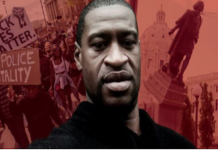 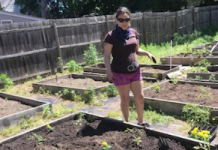