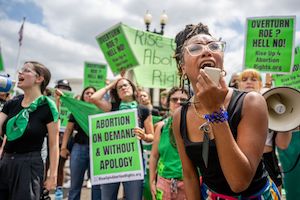 In the aftermath of the Supreme Court’s June 24th ruling that struck down federal protections for women’s right to access abortions, protests were organized from coast to coast demanding that action be taken to reverse the high court’s decision that many view as making American women, half the country, second-class citizens without autonomy or control over their own bodies.

In recent weeks, activists have been peacefully picketing outside the homes of justices who voted to criminalize abortion in more than half the states across the country. But the marshal of the U.S. Supreme Court has asked Maryland and Virginia officials to step up enforcement of laws she says prohibit picketing outside the justices’ homes.

On the July 4th Independence Day holiday, Rise Up 4 Abortion Rights organized pro-choice protests in some 60 cities across the U.S.  The group urged people not to wait until the November midterm election to become active, declaring that “masses of people have never won – or defended – fundamental rights by relying on elections.” “Civil rights,” they maintain, “were won in the streets.” Between The Lines’ Scott Harris spoke with Emma Kaplan, an organizer with Rise Up 4 Abortion Rights, who discusses the role of protest in reclaiming basic rights Americans have enjoyed and exercised for decades.

EMMA KAPLAN: Rise Up 4 Abortion Rights was the coalition — it is a coalition — that was founded back in January by Merle Hoffman, Lori Sokol and Sunsara Taylor, who have various political perspectives but came together under the recognition the Supreme Court was getting ready to decimate this right and that it was our responsibility to call people into the streets. And at the time, we went to all the pro-choice groups, the Women’s March, Planned Parenthood, all different kinds of groups, and said, you know, we need to actually get in the streets and do what they did in Argentina and Colombia — a green wave of mass resistance to stop this from becoming law.

Millions of us took to the streets in defiant mass resistance and didn’t stop. I will tell you, I don’t know for certain it would have turned out different. But even fascists care about their own legitimacy and we still have a moment. There’s a month now where Congress is in session. The people are still very outraged and recognizing what this means.

But we cannot squander our time right now. And this is why we called for demonstrations on July 4th all across the country to actually call on people July 4th, July Farce. If women are not free, no one is free.

SCOTT HARRIS: I think what a lot of people are wondering right now, Emma, what are the options available for people who are angry, upset and frustrated at where our country is headed right now? How can we effectively advocate for legislation and other measures to empower women to have autonomy over their own bodies, make their own decisions regarding their own reproductive rights?

What do you see as the most effective means possible at this moment to push for overturning what the Supreme Court has done in striking down Roe v. Wade?

EMMA KAPLAN: I think that Roe v. Wade needs to be codified at the largest level of power nationwide. Legal abortion for the whole country now. You know, however it can be done and you’d be surprised the methods that people find to change things, to institute laws, to issue executive orders, if there’s unruly, nonviolent, disruptive people in the streets, you know, they change their calculations all the time.

The segregationists never had the change of heart. You know, but it was the people. They thought, “Oh, we’re not really going to be able to keep our society going as we’ve had it going together.” And I will say that there’s, you know, people have said, “Okay, well, let’s pass legislation to protect abortion here in New York.”

I’m all for that. That’s very important. But the idea that people are going to travel from different states, you know, in other places, travel to be able to get an abortion — it’s just not realistic that all of these states, all of these clinics are going to be able to serve the mass population. So I don’t think we can do this state by state.

I think we have to do it. It has to be codified at a nationwide level, at a federal level to restore — this is a constitutional right and it needs to be restored. And there’s many things that Joe Biden could do. And so they have to find a means to make this the law of the land.

SCOTT HARRIS: There’s a lot of people who are putting all their energy into getting out the vote this November to defeat politicians that support these extremists on the Supreme Court. And they’re tearing down women’s reproductive rights. What is the importance of protest in this moment beyond just the planning and organizing, as important as it is for voting in November?

EMMA KAPLAN: Definitely there needs to be a political defeat served to these fascists in every way we can give expression to it. I think the importance of protesting right now — and not just like protests, a thousand people, “Yeah, I’m, mad” and then we go home. I’m talking on the level people can go. Google — Go Google Argentina. Go Google Colombia.

And if people are sitting at home, it gives it like more of an “Mmm. We kind of don’t like it, but we’re really not going to like, disrupt our lives that much.”

For more information, visit Rise Up 4 Abortion Rights at riseup4abortionrights.org and the Women’s March at womensmarch.com.

Listen to Scott Harris’ in-depth interview with Emma Kaplan (14:57) and see more articles and opinion pieces in the Related Links section of this page. 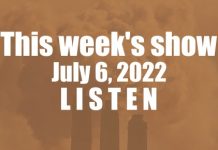 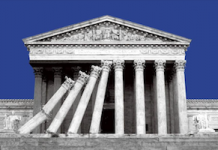 U.S. Supreme Court on Track to Impose Minority Rule, Whatever the Cost 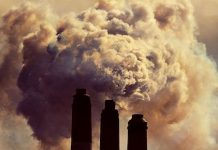