As the deadly coronavirus pandemic spread across the U.S., Democratic primary elections in many states have been delayed, owing to public health officials’ urging Americans to maintain social distance. But when Tony Evers, the Democratic governor of Wisconsin, issued an executive order to postpone the primary and a contest for a Supreme Court seat and other local offices until June 9, the Republican-controlled legislature and Republican-dominated State Supreme Court opposed the move. After the U.S. Supreme Court Republican majority blocked an extension for absentee voting, state residents were forced to risk COVID-19 exposure while waiting in long lines in a small number of understaffed polling places. Democrats charged that Republicans had exploited the pandemic for political advantage, given that a smaller voter turnout usually favors GOP candidates.

The spring election battle in Wisconsin foreshadows the tough choices ahead for state governments as they navigate the coronavirus pandemic to ensure primaries and this November’s presidential election, go forward with wide participation. Legislators including Rep. Mark Pocan, Democrat of Wisconsin and co-chair of the Congressional Progressive Caucus, along with Minnesota Sen. Amy Klobuchar are urging legislation to enact a national vote-by-mail requirement in all 50 states for every federal election in 2020.

Between The Lines’ Scott Harris spoke with Greg Palast, well known for his investigative reports for BBC television, Rolling Stone and The Guardian focusing on massive voter purges that result in voter disenfranchisement. Here, he cautions against the rush to mail-in ballots without first recognizing the hazards and the need to implement safeguards to ensure every vote counts in this November’s critical presidential election.

GREG PALAST: According to the MIT-Caltech study, which is the gold standard for reviewing absentee ballots, they put out an academic paper called “Whose absentee ballots are lost?” And they conservatively calculated 22 percent of mail-in ballots are never counted. Twenty-two percent are well over one out of five. Now, if it were random, it obviously wouldn’t affect the election. But it’s overwhelmingly young voters, voters of color. That means we’ll have 25 million votes lost in November — 25 million. That’s from the MIT study. Twenty-five million ballots will be lost. So you’re gonna have millions and millions and millions of people who will never get their ballot, or there’ll be sent the card “Do you want an FEC ballot?” They’ll never get that card. If you’re a student, you moved from one dorm room to the next. You’re a poor, low-income Hispanic and you’ll get a card in English, that looks like junk mail and you throw it away and you’re gonna lose your vote.

So it’s overwhelmingly young people, voters of color and low-income people. In other words, Democrats who will be losing their votes by the millions on mail-in ballots. And it’s especially true in the swing states where the GOP has control of the system, how people vote, etc. And we just saw this in extreme in Wisconsin where the GOP legislature refused to delay the election to June 9 as requested by the (Democratic) governor and requested by the governor’s order. And the U.S. Supreme Court has basically said, “Yeah, if you don’t send in your ballot or show up to vote – and how do you do that? Your vote doesn’t count.” But that’s a dry run for November. So if we go to all mail-in balloting, unless we do something to fix this system, it’s as good as over, Scott.

SCOTT HARRIS: Given that, as you said, the delayed primaries in what various states are going to do in terms of mail-in balloting could be the dry run for the all-important election this November, what would you recommend in terms of how we can conduct an election if there is, God forbid, a second wave of the coronavirus going around the country this fall, right on top of this all-important critical election.

GREG PALAST: Well, yeah, I mean when people said, “How could you attack mail-in voting?” I’m not attacking, I’m trying to figure how to make it work. Because it may be mail-in or die, right? It’s pretty simple. So number one, Sen. Amy (Klobuchar), is to prohibit, eliminate the requirement for witness signatures – or notarization. That’s insane. Get rid of that. The second that she does have in her bill, which I appreciate, is postage-paid envelopes. What does it take the third, which she didn’t consider is something that the Koch brothers came up with, pre-printed ballots and pre-printed envelope. But that should be for everyone. Everyone should get a pre-printed mail-in ballot where it has all the information. All you have to do is sign it that it’s correct. You know, your address, name, etc.

Eliminate all the gotcha stuff. Remember Oregon, Washington and Colorado lose 6 percent of their votes. Okay? Now think about how many elections have been determined by a 10th of a percent of the vote. They lose 6 percent and overwhelmingly those are Democratic votes. So we need to change the system to get rid of the gotcha stuff, voter intent should rule. No one should have to ask for a ballot. Some states like California, by the way, mail you your ballot whether you ask for it or not – unless you actually say, don’t send me a ballot, you get a mail-in ballot. You get a ballot through the mail. I get a mail-in ballot without asking for it. In California, most people in California do vote by mail.

So there’s a number of ways to make it so that it’s not another Jim Crow operation. There are ways to do this, but we better do that or Trump is good as elected. And once again, it’s not whether I agree that Trump should be president or not. It’s about whether the voters should pick the president. If the voters pick him. Okay. You live with it. But if trickery and Jim Crow games and throwing out signatures and postage due and junk like that elect Trump, then that’s not an election, that’s a dictatorship. 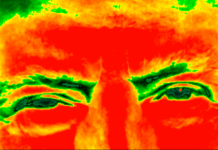 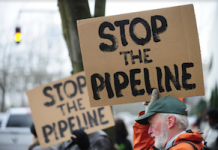 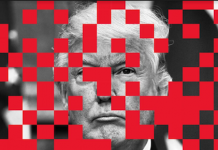