Brazilians will be going to the polls on Oct. 2 to vote for the nation’s next president. Brazil, with the western hemisphere’s second largest population and second largest economy is dangerously politically-polarized owing to both the disrupting effects of the COVID pandemic and the attack on democratic institutions by far-right President Jair Bolsonaro.

The election pits Bolsonaro, who is seeking re-election, against Brazil’s popular former president Luiz Inácio Lula da Silva, who represents the left-wing Workers’ Party.  Both Lula, who served as head of state from 2003 to 2010 and his Workers Party successor Dilma Rousseff were targeted by right-wing politicians and prosecutors, resulting in the impeachment of Rousseff in 2016 and the jailing of Lula on corruption charges in 2018. Brazil’s Supreme Court released Lula 18 months later, ending the mandatory imprisonment of convicts after they lose their first appeal.

While polls consistently show Lula well ahead in the election, there’s widespread concern that Bolsonaro’s supporters and possibly the military, will follow the example of Donald Trump’s supporters in rejecting election results and staging a coup attempt. One of the most important issues in this election for Brazil and the world is protection of the Amazon rainforest, whose fate is linked to accelerating climate change. Between The Lines’ Scott Harris spoke with Mel Gurtov, professor emeritus of Political Science at Portland State University, who discusses the issues examined in his recent article titled,“Brazil’s Election and the Future of the Amazon.“ Gurtov’s new book is titled, “Engaging China: Rebuilding Sino-American Relations.”

MEL GURTOV: The current most important issue is the future of Amazonia, the vast region that borders on a number of other countries, but which is primarily based in Brazil itself and which is often known as “the lungs of the Earth” because of the exceptional contribution it makes to as a carbon sink. And under many previous Brazilian governments, that great resource has given way to tremendous degree of deforestation.

And this has been caused by a combination of loggers, cattle owners, gold diggers and so on, all of whom have not only been destroying the forests and putting in highways in the course of getting access to all these valuable trees, but they’ve also been pushing the indigenous folks further and further back, deeper, deeper into the jungle.

Under Bolsonaro, he has taken things to yet a new height in terms of deforestation, clearly aligned with corporate interests that both in and outside Brazil see tremendous value in the tropical hardwoods. And he has been very strongly supported by the military in doing so as against the interests of civil society in Brazil, in some cases, the court system and the Brazilian congress.

Here’s a guy who has no particular interest in preserving the Amazon and certainly has no caring about stewardship of what really is a global resource, not just a Brazilian resource. And so in the process, something very extraordinary has happened, which had not happened until Bolsonaro’s rule, and that is that the Amazon as a whole has turned from a carbon sink to a net carbon emitter.

And this has been because of the exceptional number of fires that have consumed millions of acres just in the last few years. And if this keeps up, clearly, according to the best scientific estimates, there won’t really be much of a tropical forest. It’ll be more of a savanna and a wasteland. And so this election really has to do with the future of that extraordinary region.

And Lula, as he’s popularly known, who has been president before, is clearly committed to forest preservation. And so the issues are very clear. And so far, according to the all the polls I’ve seen, Lula is favored. But then that brings in the other issue which is relevant to Brazilian politics. And that, of course, is the Brazilian military and what stand it will take if the results don’t go in favor of Bolsonaro.

SCOTT HARRIS: Mel, from your reading of the electorate in Brazil, how high is the issue of rainforest preservation and climate change to the average Brazilian? Or are economic issues at the top of their list when they go to the polls in October?

MEL GURTOV: Probably economic issues are more important for the average citizen because the Amazon, as huge as it is, is still a remote thing for most Brazilians who, after all, live in the major cities: Sao Paulo, Rio. And under Bolsonaro, the economy has has tanked. And so Brazilians, ordinary Brazilians, I think, are probably more concerned with pocketbook issues. Also, close to the top of the list would be government corruption.

Lula himself was jailed for a time on corruption charges. And of course, he fought that and eventually won a court decision that freed him. Bolsonaro faces corruption charges of his own and where Brazilians will come out on who is the more faithful leader remains to be seen. But, you know, this is just the sort of thing that creates what Bolsonaro most likes.

And again, it’s very Trumpian chaos. His interest has been in, just as with Trump, in dismantling government institutions, not building them up. And I think, you know, in an atmosphere of of corruption and economic disorder, it’s hard to say whether the polls are accurate in describing what predicting what average Brazilians will wind up doing when they actually vote.

For more information, Mel Gurtov’s website, In the Human Interest can be found at
melgurtov.com.

Listen to Scott Harris’ in-depth interview with Mel Gurtov (18:30) and see more articles and opinion pieces in the Related Links section of this page. 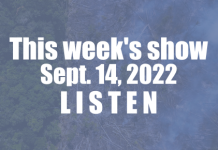