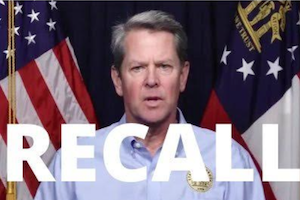 The state of Georgia has been the focus of national attention for months now, since the state’s voters gave Joe Biden an unexpected victory, becoming the first Democratic presidential candidate to win there in 28 years. The state surprised again when Democratic Senate candidates Jon Ossoff and Raphael Warnock defeated two incumbent Republicans in the Jan. 5 runoff election victories that gave Democrats control of the U.S. Senate.

President Trump failed in his attempt to subvert Georgia’s election results when he placed a call to Georgia Secretary of State Brad Raffensperger, pressuring him to “find” enough votes to overturn Joe Biden’s win. But in response to their narrow electoral losses, the Republican controlled state legislature drafted new restrictive voting laws, that curtail ballot access targeting communities of color and those likely to support Democrats, makes it a crime to offer food and water to people waiting in voting lines, and empowers the GOP-led legislature to suspend county election officials. Georgia’s Republican Governor Brian Kemp signed the bill into law on March 25.

Georgia has now become the nation’s laboratory for this year’s Republican-sponsored voter suppression laws, where some 361 restrictive voting bills have been proposed in 47 states across the U.S.  Voter suppression opponents are applying pressure to Georgia-based corporations, including Coca Cola, Delta Airlines and Home Depot to take a stand on the issue. Bowing to that pressure, Major League Baseball moved its July All-Star Game out of Atlanta in protest of the voting restrictions. Between The Lines’ Scott Harris spoke with political activist Cheryle Renee Moses, publisher of Black Gwinnett Magazine, who talks about the effort she’s now leading to collect the signatures necessary to conduct a recall election to remove Georgia Gov. Brian Kemp from office for signing the voter suppression law and mishandling the states’ coronavirus pandemic.

CHERYLE RENEE MOSES: Yes, Georgia is definitely the testing ground for all Republican-led voter suppression tactics that we see and know of in the United States. And, once it works here in Georgia, it is then rolled out across the country. Now what we see in Georgia happening now with these crazy voter suppression laws is white supremacy standing up. When we hear them talk about securing the vote, Georgia had the most secure election that just happened. And even the Republicans are the one that stamped that, although we all know that — who live here and you know, had boots on the ground, getting the votes out and monitoring the vote and the count after the elections. And so, for them to now use the bogus excuse that this is to protect the vote, you know, again, this is voter suppression, but it’s done in our faces. It’s as if “we don’t see you, we don’t know what you’re doing.”

And to me, it’s such an insult to the voters of Georgia. And we know when they said, “You know, the election was a fraud,” that was saying that the black and brown folks who voted, their votes shouldn’t count. From stopping people from giving water and something to eat to folks standing in three, four, five, six-hour lines, making that a crime in the state of Georgia, what does that have to do with securing the election? Nothing.

So we need to recall Gov. Kemp. Georgia has a really hard-to-follow process for recalling elected officials, but it can be done. It’s based on a number of days after they give you approval to actually run a petition. There are a lot of details in the process that most folks don’t follow. I have a hard time following, but we’ve put together a team and we are looking to recall Gov. Brian Kemp, definitely for signing this voter suppression bill, but also his handling of COVID-19 in our state.

So that is what we are doing now. We have a number of organizations and voters who are ready to go. So I’m leading that along with some other concerned folks here in Georgia, because we have to hit voter suppression from every angle that we can. We have organizations who are suing because of these laws. We have organizations who are doing serious contacting corporations, getting them to pick a side, because this really is not about what party you’re affiliated with politically. It’s about democracy and what this country stands on. Being able to vote, this is human as the air we breathe. So, we don’t want to wait until he’s up for re-election. We feel that he should be removed now. The longer he’s in office, the more damage he can do to the state of Georgia.

SCOTT HARRIS: The bar is pretty high in terms of the process of recall elections in Georgia as I understand it. Initially, you have to get 100 sponsors. But the really high bar is gathering 1,100,000 signatures to put a recall ballot during the next election. Which organizations are you working with to collect those signatures? ‘Cause that’s a big job, of course.

CHERYLE RENEE MOSES: It is, but we will have ambassadors in each one of our counties who will be securing signatures because there is a stipulation that so many districts have to be covered by the folks who are on the petition as signers, as well. But 1,250,000 voter signatures. That’s our goal. And that’s doable. It has to be done over three months. Folks didn’t think we could flip Georgia blue, but we did that. And we have momentum behind us. Black Gwinnett magazine, of course, the Gwinnett County Black Chamber of Commerce. And we’re going to do what we have to do to make this happen. 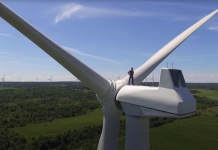 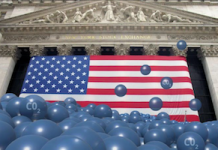 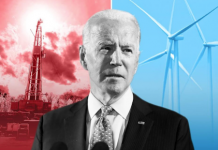