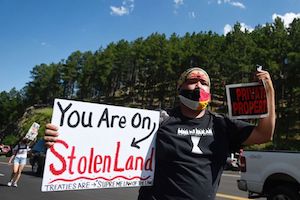 On July 3, President Trump went uninvited to give an Independence Day speech at Mount Rushmore in the Black Hills of South Dakota. The giant sculpture, carved into a mountain within a national park, honors four American presidents and sits on land never relinquished by the Great Sioux Nation. Indigenous activists and their allies non-violently blocked roads to the site to protest Trump’s visit.

The incident highlighted the fact that the Lakota, Dakota and Nakota people consider the Black Hills sacred and want the land back. Despite a U.S. Supreme Court ruling that the land was in fact stolen, all the indigenous people were offered in compensation was a minimal cash payment, which the tribe rejected.

Between The Lines’ Melinda Tuhus spoke with Chase Iron Eyes, a member of the Oglala Sioux Tribe and lead counsel with the Lakota People’s Law Project. He reflected on the history of white settler colonialism in his territory, broken treaties of the mid-19th century, forced relocation onto reservations and the myth of the “vanishing Indian.” Here, he explains why the tribe opposed Trump’s recent visit to Mount Rushmore and the meaning of the hashtag, #LandBack2020.

CHASE IRON EYES: When he wants to come into our country without so much as a phone call, to our tribal leaders or our traditional chiefs – “I want to come to your sacred lands.” Are you okay with that? Can I get your free, prior and informed consent? When he doesn’t make that call, then we have to let the world know that this is our land, this is part of a prophecy of land back to indigenous peoples, to Indian people, to Native Americans. There is a prophecy propounded by Fools Crow, one of our prophets, that says, “When you place indigenous lands back in indigenous hands, the world will begin to heal.” Global healing is possible through these very practical actions, and that’s what we were seeking and will continue to seek until our sacred lands, the Black Hills, are returned to their rightful hands. That’s what was undergirding all the political or spiritual political expressions at Mount Rushmore.

MELINDA TUHUS: The U.S. Supreme Court ruled that the Black Hills were stolen from your people, but you were just offered money in compensation, which the tribes refused.

CHASE IRON EYES: It was awarded through what became the Indian Claims Commission. The thing to understand about the money is that in 1980, (Supreme Court) Chief Justice William Rehnquist stated that this was “the ripest and rankest sign of dishonesty that the U.S. was ever engaged in.”

Obviously, that’s not true; there are hundreds of other native nations that suffered the same atrocities that the Lakota people did. But in 1980, however it was styled, it was styled in the courts of the oppressor. So when the dust settled, the Supreme Court said, “Okay, Indians, yes, we stole this land fair and square. You do not get the land back. In fact, the only remedy you have is $106 million U.S.”

We can’t even fathom accepting any amount. The Hearst Corporation – the Hearst family – along, took $74 billion just in gold. So we’re not talking about the silver, the copper, the uranium, the timber, the coal in Wyoming, all around the Black Hills. It’s almost laughable to be offered a billion dollars for our most sacred lands. And, yes, in this day and age, we need to provide for ourselves. We’re interested in the tourism economy, but we’re more interested in keeping those sources of real economic value – clean water and healthy ecosystems – keeping those intact for our future generations.

MELINDA TUHUS: How did it go from a hundred million to a billion dollars?

CHASE IRON EYES: It came from the interest built up from 1980 to right now.

MELINDA TUHUS: Chase Iron Eyes, this has been going on for about 150 years. But is there a bigger push now to reclaim the Black Hills?

CHASE IRON EYES: Yeah! I mean that kind of ethos – we call it Black Hills Dreamers. The entire Sioux Nation is ready to reclaim the Black Hills. It’s just that we’ve been placated so long on federal subsidies – they call them commodities, rations – that we’ve learned to accept this squalor and this imposed poverty culture that exists in these places of confinement. We’re okay with it now. So we’ve turned our focus and our trauma against each other in what I guess some authors would call lateral oppression. So we’ve only been killing each other and being violent with each other and lashing out at our own people because we’re so poor and miserable and under such duress that now we’re entering a space where, because of the global pandemic of Covid, because of human-caused climate catastrophe, we recognize that we need to return to our motherland, that we have to have ownership interest in the Black Hills. This is the year of the land back prophecy. It’s even on the Internet at #LandBack2020. There is a sense of urgency for our people to graduate from this stupor that we’ve been held in and to achieve a life that is less miserable for our children than the one that we were born into.

If you like what you hear, please help support this show by subscribing at patreon.com/betweenthelinesradionews. 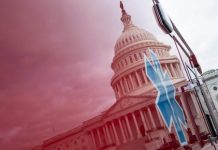 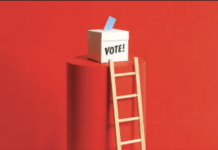 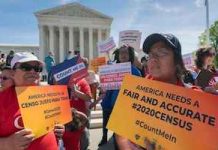 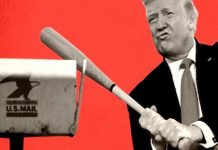