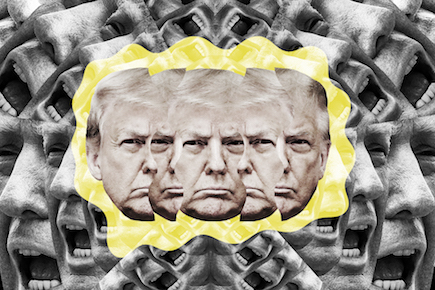 Throughout his four years in office, there’s been much speculation about the state of President Trump’s mental health. The fact that he is documented to have made more than 20,000 false or misleading statements during his time in the Oval Office, combined with other behaviors, have raised concern with mental health professionals.

More recently, Trump’s refusal to agree to a peaceful transfer of power if he should lose the election – and his contradictory statements when asked to condemn violent white supremacist groups, have called into question his thinking on upholding basic democratic principles and opposing domestic terrorism. As Election Day approaches, the president has called his Democratic opponent Joe Biden a “criminal” who should’ve been locked up weeks ago, and also denounced a reporter as a “criminal,” for not reporting on what he claims is Biden’s criminal background.

After contracting COVID-19 in early October, today Trump continues to hold campaign rallies that have proven to be coronavirus super-spreader events, exposing his depraved indifference to the more than 220,000 Americans killed by this disease. Between The Lines’ Scott Harris spoke with Dr. Bandy X. Lee, assistant clinical professor in law and psychiatry at Yale University School of Medicine.  Here, she discusses her concerns about the danger posed by President Trump’s mental health condition in the stressful weeks before the election, and if he should lose — the prospect of violence committed by his supporters.

DR. BANDY X. LEE: We’re entering the most dangerous period of this presidency and the dangers cannot be underestimated given that he has full powers of the presidency in his possession, as he’s facing a potential loss and the greater the pressures grow, the more likely he becomes to lose, he will become far more vindictive, cruel and dangerous, because that is the way that he copes with potential losses. We know that he cannot stand even ordinary criticism and lapses into conspiracy thinking and instigation of violence and sometimes commission of violence as we saw when he withdrew troops to the effect of a massacre of our allies and the assassination of a high-ranking general in a country with which we’re very close to waging war with. So similar actions should be expected, even more extreme actions in that vein should be expected because past violence often predicts future violence. And by now we know a good deal of this president’s patterns of behavior. And so we are looking at a deal of potential violence ahead.

Ordinary individuals would be able to tolerate criticism, challenges or dropping poll numbers, or even the loss of an election without needing to destroy the country or the world. His psychology may not be able to withstand that. So the fact that we don’t have concrete guardrails against this is very concerning.

SCOTT HARRIS: Is your main concern a war with another country, or is there some kind of internal violence that you think Donald Trump is capable of launching in the weeks ahead?

DR. BANDY X. LEE: It almost does not matter what it ends up being, it is almost serendipitous. But it could be internal civil war. It could be international war. It could be nuclear war. He’s been heading toward nuclear war in policy and rhetoric. And in his expression of desire, wish to use nuclear weapons and asking why do we have them if we don’t use them? Well, his policies since becoming president have been exactly in line with using nuclear weapons and he’s pulled out of all these treaties. So I think nothing can be off the table at this time.

SCOTT HARRIS: Dr. Lee, I did want to review some disturbing patterns of behavior we’ve seen around the country in recent months. There are Trump supporters out there who’ve committed acts of violence and Donald Trump and others in administration have often celebrated and embraced that violence in those acts. With the election ahead, there are various groups, like the Proud Boys and other white supremacists and white nationalists groups who regularly gather with semi-automatic weapons. There’s been a call by Republicans and the Trump administration to patrol polling sites during Election Day. What is it that we should be conscious of as a nation in terms of the violence that some trace directly to Donald Trump and his bullhorn and dog whistle calls for support from these particular groups. You have said that violence, paranoia and delusions are contagious. Is that part of the picture of what we’re seeing?

DR. BANDY X. LEE: Now, as you said, he is blowing a dog whistle to try to call them to his defense. White supremacist groups and terrorist groups have expanded in ways unseen under any other presidency. And now they’re ripe for his use, his instructions.

What you were referring to earlier, the contagiousness of violence. Yes, if you remove the primary source, that alone is highly curative, highly reduces violence. And so there might be some surge in the beginning, but if there were high levels of order being enforced, it’s interesting that this president calls himself the law and order president. But, what he’s essentially saying is, or for psychotherapists, we interpret that as saying he needs more law and order applied to him. So if we held the president more accountable, such as criminally prosecuting him, removing him from office, doing things according to the law, that would actually be helpful in reducing violence.

Covering under-reported news stories that matter to the well-being of our collective humanity is part of our mission. If you appreciate our efforts, please make a donation to our Fall/Winter 2020 campaign today. Please sustain our efforts by donating here. 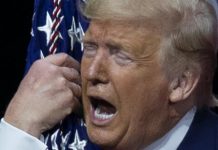 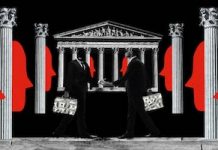 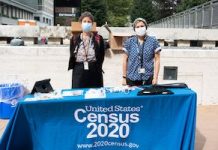