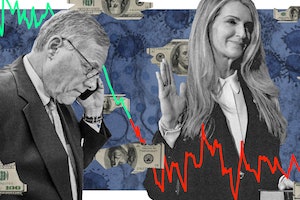 During natural and manmade disasters through human history, there’s a certain segment of society that views these tragic circumstances as opportunities to profit. In the current coronavirus pandemic crisis, we’ve seen the pharmaceutical industry gearing up to reap large profits from the sale of drugs to treat the disease and eventually sales of the vaccine being developed to prevent it.

So it was no surprise that several U.S. senators sold millions of dollars’ worth of stock just before the coronavirus-induced market crash. According to widespread reports, Sens. Richard Burr, R-North Carolina and Kelly Loeffler, R-Georgia, sold off large amounts of stock from their personal portfolios after receiving classified briefings from government officials about the seriousness of the coronavirus threat to the U.S. economy in January and February.  Other stock trades that have come under scrutiny include Republican Sens. James Inhofe of Oklahoma and David Purdue of Georgia, and Democrat Dianne Feinstein of California. Two dozen members of the House also engaged in aggressive stock sales in early February after various briefings.

The  STOCK Act, signed into law in 2012, was designed to prevent members of congress from profiting off of non-publicly disclosed information. Between The Lines’ Scott Harris spoke with Craig Holman, Public Citizen’s government affairs lobbyist on ethics. Here, he examines the allegations against the two Republican senators and the call for immediate investigations and prosecution as warranted.

CRAIG HOLMAN: First of all, what we know is both (Sens.) Richard Burr and Kelly Loeffler were privy to private confidential briefings by health and intelligence experts in the federal government. The kind of briefings that you and the public and no one else gets. So they were privy to that sort of inside information as to what is going on. Now with Richard Burr’s case, you know, he had been presenting to the public basically a repeat of what we’ve heard from Trump in the early days of this whole pandemic. And that is, “Don’t worry, there’s no problem.”

But we find out later that in private dealings, he had a luncheon that was sponsored by the Tar Heels Circle. He presented a very dire message of the future of the economy and the damage to the pandemic is going to cause to our entire economy, including the stock market. And then with a little further research, took a look at his stock trading activities. And, lo and behold, he’s sold off up to $1.7 million of all his stock. He dumped his stock in a single day on Feb. 13th. So, while he’s giving us a public message, “Don’t worry,” privately, he’s panicking and selling off his stock. And with Kelly Loeffler there is a fairly similar situation, she was a privy to a Jan. 24 briefing of health experts. And then sure enough, we find out that shortly thereafter, she sold off anywhere up to $3.4 million in her stock as well. So that strongly suggests that both these members, they had access to some sort of nonpublic information that you and I didn’t have access to and they acted on it on the stock market. If in fact this was nonpublic information that they acted upon, then it would constitute a violation of the insider trading laws and a violation of the Stock Act.

SCOTT HARRIS: Craig, what are the mechanisms in Congress, in the Senate, particular for accountability for this kind of illegal behavior on the part of these senators? The Senate is often viewed as a good old boys’ club from inside and outside. Are there reliable mechanisms to hold these folks accountable?

CRAIG HOLMAN: The Senate is very much viewed as a good old boys’ club. And there are three different agencies that can step up to the plate here. One is the Senate Ethics Committee, the other is the Department of Justice. And the third is the Securities and Exchange Commission. Now when it comes to the Senate Ethics Committee, they have a long history of really covering up violations of ethics rules. You know, they’ve got a reputation of trying to protect themselves because the Senate ethics committee are senators themselves sitting in judgment of their colleagues. They really don’t want to have to find their own colleagues guilty of some ethics transgression and subject to penalty. And they’ve got a long history of really sweeping these things under the rug.

So if we’re going to look for a serious comprehensive investigation, one that’s a true and balanced investigation, we really are going to have to rely upon the Department of Justice or the Securities and Exchange Commission. And I want to point out, Richard Burr has filed a request with the Senate Ethics Committee, basically asking them to take over the whole case. Probably it’s because he knows the Senate Ethics Committee is going to be the least likely agency to actually come out with some sort of indictment or prosecution of Richard Burr for insider trading. That would definitely come out in Burr’s favor. So, to tell the truth, I am really counting on the Department of Justice and the Security Exchange Commission to step up to the plate.

SCOTT HARRIS: There’s a lot of people listening who may doubt the veracity of the Justice Department under Donald Trump’s appointed Attorney General William Barr from his recent history and how he’s distorted the law and very obviously lied to the public about various investigations involving Donald Trump. Do you think the DOJ is capable under Barr to conduct a reliable and credible investigation?

CRAIG HOLMAN: That is a valid concern. I mean, we have seen Barr politicize the Department of Justice in order to defend Donald Trump – and how far he’s been able to permeate the integrity of the Department of Justice is something we’ve always got to keep an eye out for. You know, it’s pretty difficult, I think at this point for either DOJ or SEC to back off, given all of the intense media coverage on the scandal going on in the Senate right now. 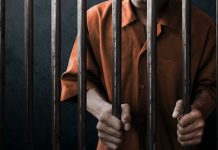 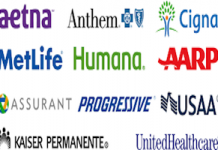 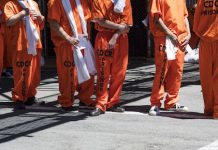