• The Guardian reports Saudi Arabia’s strongman Prince Mohammed bin Salman reversed its policy on war torn Syria in 2015, when as defense minister, he urged Russia to intervene on behalf of the government of Bashar al-Assad. The allegation of the move comes in a lawsuit filed by former Saudi top intelligence operative Saad Aljabri, a former top contact with the U.S. CIA.

• In the weeks after the police murder of George Floyd in Minneapolis, predominantly white police unions defended officers in fatal incidents across the country. Union action in defense of officers involved in racially-tinged killings took place in Kentucky, Atlanta and Philadelphia, reports The New Yorker.

• In the days after Hurricane Katrina, the state of Louisiana initiated an ambitious $50-billion Coastal Master Plan to rebuild wetland lost to decades of energy development along the Mississippi. But the ambitious plan is in the crosshairs of fisherman and oystermen who are fighting for survival in the wake of Katrina, the BP oil disaster and now COVID-19. 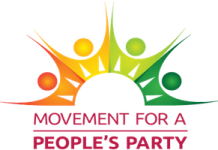